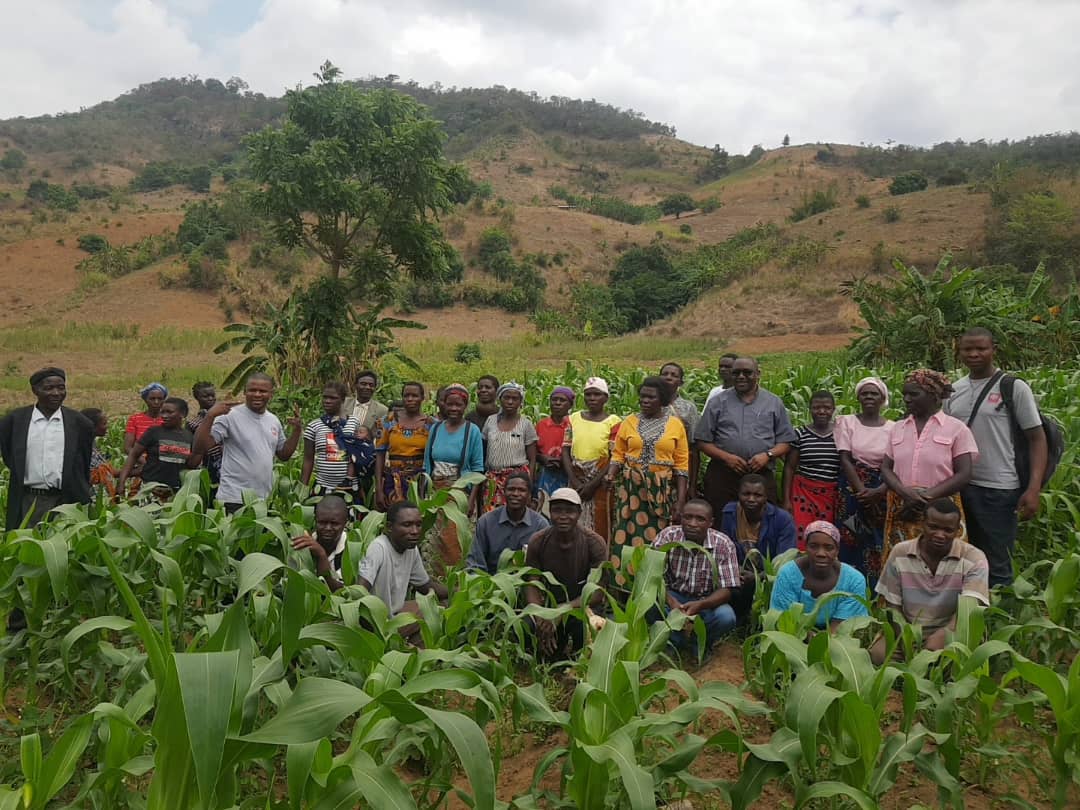 Vicar General of the Diocese of Karonga, Monsignor Denis Chitete, is impressed with the progress being made by A-Plus Project which the Development Desk (CADECOM) of the Diocese is implementing in Rumphi North.

The Vicar General made this expression during field monitoring visits to some of the project implementation sites under Phoka VDC. During the tour, the Vicar General Visited Dowowo Phoka Irrigation Scheme, appreciated progress on sanitation activities, village savings and loans and also village natural resource regeneration site.

Speaking during the visit, Principal GVH Nanania expressed a work of gratitude to the Diocese of Karonga for the support being rendered to ensure that people in his area are food secure.

In his remarks, Project Coordinator, Mr Martin Manda, says the communities the project is working with are greatly disadvantaged by poverty which is aggravated by limited access to basic services like water supply, health, education, electricity, hygiene and sanitation to name a few.

He further says that due to gender bias, the disadvantages of poverty including poor health, lack of economic opportunity, diminished social status and violence fall disproportionately on women and children, who are the most marginalized.

The Development Desk is implementing this project with financial support from Caritas Australia, through the National Office (Episcopal Conference of Malawi). Though communities have numerous disadvantages, A+ Project builds on the advantages that the people already have. It begins from the strengths the communities already have. This is called strength based approach. The aim of the project is to support marginal communities and enhance their quality of life by adopting indigenous approaches to improved food security, and access to water, sanitation and hygiene services.