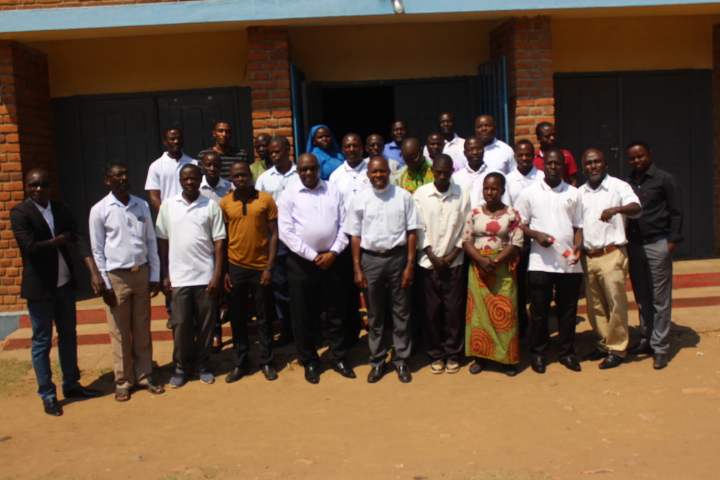 Reliving the Pauline missionary experience of planting and nurturing Christian communities to ‘the ends of the world’ Ad Gentes Missionaries, who have returned from their Fourth, Missionary Journey met at St Mary’s Parish to report on what the Lord has accomplished through them.

The review and planning meeting was graced by the Vicar General of the Diocese of Karonga Monsignor Denis Chitete and the National PMS Director Father Vincent Mwakhwawa. Like the 72 that Jesus sent out two by two, though they did not perform spectacular signs, their journey is equally fruitful though not a walk-over.

Of the many experiences, one breath taking include forming stable communities of converts most of whom are children expressing how hard it is to convert adults. Reacting to this, the Vicar General of the Diocese of Karonga Monsignor Denis Chitete, said establishing a Church is not a one-day thing.

“Do not be let down by the adults’ slow pace to embrace the faith. Your joy should be in the increased number of children who come to Church because that’s the future Church.”

In a separate interview, Monsignor Chitete expressed a word of gratitude for the missionary task which the Ad Gentes Missionaries have accomplished so far in preparation of the commemoration of the Extraordinary Missionary Month in October this year.

Let this be a commitment of each and every Catholic Christian to take part in this as a way of fulfilling their baptismal promises they made with the Lord. Salvation has to be shared with others; it is not an individual affair,” concluded the Vicar General.

“Many Dioceses in the country have taken different approaches on the same but Karonga’s approach is very unique and bold. Sending Lay Christians to evangelise to fellow Christians sounds impossible yet very possible when commitment is applied,” said Fr. Mwakhwawa.

Earlier this year, the Diocese of Karonga commissioned 13 lay people (later 8 more joined) as Ad Gentes Missionaries to hard-to-reach places of Ngana, Lutushu, Ntchechenali, Chenga, Mlowo and Tcharo just to meant a few. In this mission, all seminarians and Deacons of the Diocese were added to the battalion.

Pope Francis declared October, 2019 as Extraordinary Missionary Month, to commemorate 100 years since Pope Benedict XV’s Apostolic Letter, Maximum Illud, on the propagation of faith throughout the world. The letter renewed the Church’s commitment to missionary work.