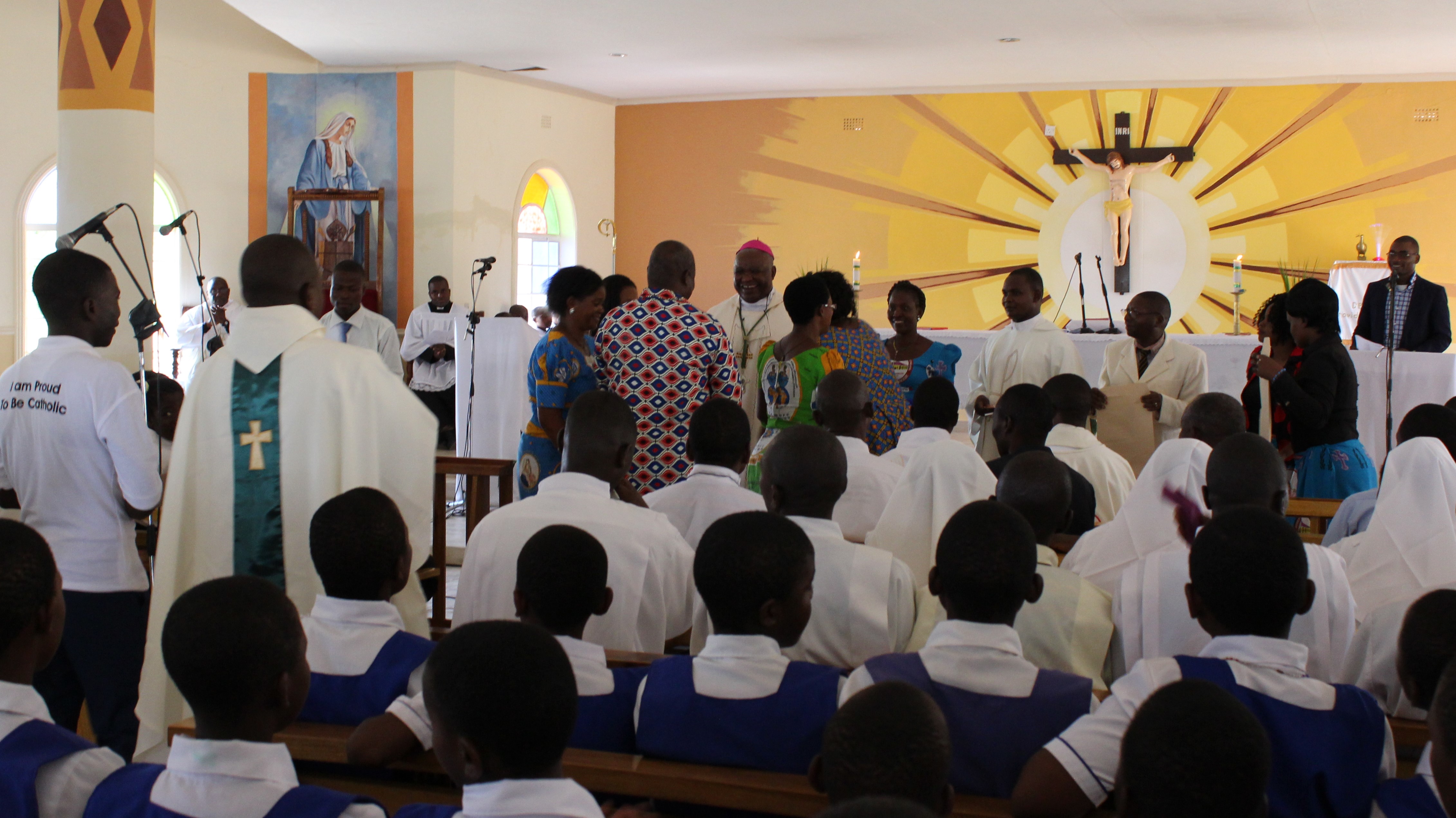 The Bishop made the proclamation at St Joseph the Worker Cathedral on 25th November 2017, when he presided over the annual Thanksgiving Mass.  This is an annual event celebrated on the Solemnity of Christ the King during which the faithful bring their contributions to the Diocesan budget for the following year. For pastoral reasons the Thanksgiving Mass takes place on a Saturday before the Solemnity.

On this year’s occasion, the faithful contributed up to K7 million to the budget of the Diocese. There has been a steady increase in the donations from Christians to the Diocese from K3,195,000 in 2015, to  K4,340,255.00 in 2016. This year’s contribution represents an increase of 161% from last year’s and surpasses the set target of K5 million.

In his response to the generous support of the faithful towards the running of the Diocese, Bishop Martin Mtumbuka said the generous donation from the faithful was a big and demanding call to be at their service.

“We see the outpouring generosity of the faithful as a confirmation of our efforts to be at their service,” said the Bishop.

The Thanksgiving Mass also marked the end of the themed liturgical year of “My Father’s House”. From 27th November 2016 to 25th November 2017, the faithful of the Diocese reflected on the sanctity of houses of prayer or church buildings and took deliberate steps to treat them with respect and dignity they deserve as houses of God on earth. The faithful also responded to the call to purify their hearts which are “Temples of the Holy Spirit” (1 Corinthians 3:16).

As the Year of My Father’s House came to a close, the Bishop gave another theme to guide the Diocese of Karonga during the next liturgical year.

During the same ceremony, the Bishop officially received into the Diocese Marianist Sisters who are working at St Mary’s Karonga Girls Secondary School as missionaries.

‘We Shall Go to Them’: Pastoral Commission Intensifies Missionary Work