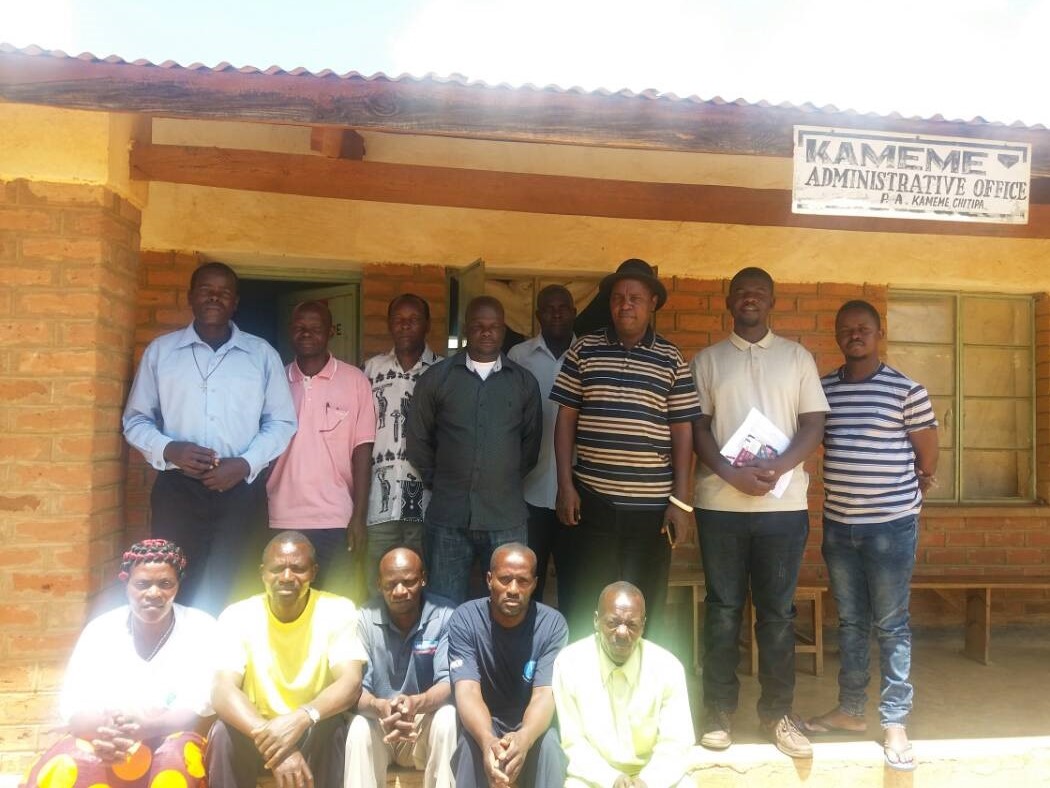 Senior Traditional Authority Kameme has hailed the Justice and Peace Desk of Karonga Diocese for the decline in child marriage cases in his area.

The traditional leader said this during the field monitoring exercise conducted by the Monitoring and Evaluation Desk of Karonga Diocese from 14th to 15th December, 2017.

“We have seen a tremendous reduction in child marriage cases. Between July and December, 2017 my area has registered only one case as compared to the many cases reported in the same period last year.” Said STA Kameme. He attributed this to the village awareness meetings conducted CCJP volunteers in the area.

Now that the fight against child marriages is being won, the traditional leader said there was need for more capacity building sessions for traditional leaders in justice delivery systems. These, he said, will help them address other social justice problems communities are facing.

In his remarks, CC Chavula, who is Police Officer In-Charge for Soperera Police Unit, said there is good working relationship between the police and CCJP volunteers. He said they collaborate in conducting community awareness meetings.

Mr Deodatus Muriya, who is the Diocesan Monitoring and Evaluation Desk Officer, said the aim of the visit was to assess the progress of Promotion of Enjoyment of Women and Children’s Rights in Chitipa District Project which CCJP is implementing with support from Misereor.

“So far the project is progressing well and there is good coordination among CCJP staff, volunteers and other relevant stakeholders.” Said Mr Muriya. He further said the project will meet its targets by May 2019 is the current trend continues.

The monitoring team interacted with key stakeholders in the areas of traditional authorities Mwenemisuku, Mwaulambiya and Kameme in Chitipa District.