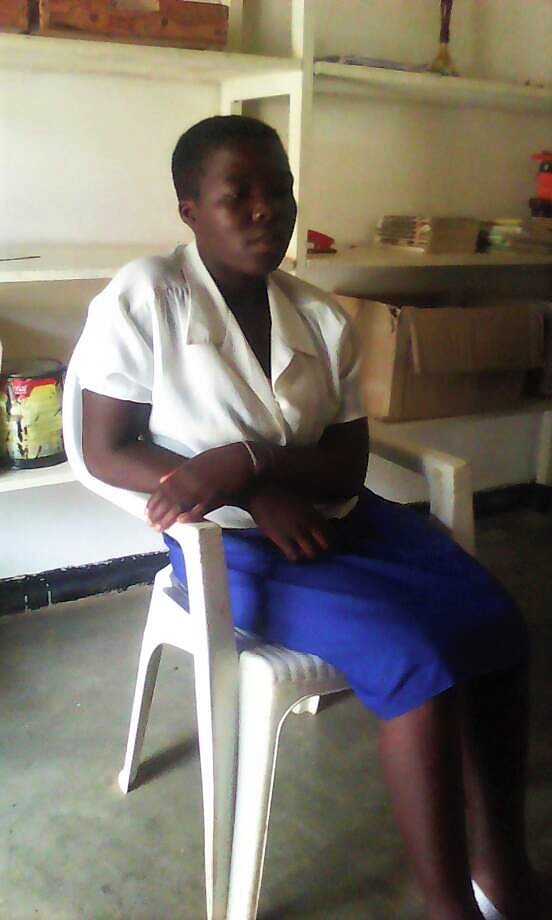 One of the girls rescued from early marriage

Some girls rescued from early marriages and readmitted to school struggle to continue with their education due to lack support to keep them in school.

This was disclosed at Thumbo during a monitoring and documentation exercise conducted by Justice and Peace Field Officer, Vincent Bwinga.

Speaking during the exercise, Boniface Kayira, Chairperson of Women Rights Group (WRG) for Thumbo Zone said having rescued the girls, the challenge becomes how to keep them in school. He said some of those rescued find it hard to survive in school beyond one year. He attributed this to lack of support from parents or guardians and even community members. Further, he said poor parents fail to provide for these girls and marrying them off is usually a way of running away from responsibility.

“Due to lack of support some of these girls lose interest is education and opt to remarry to get provisions. There is need for deliberate interventions to keep these girls in school,” said Kayira.

Concurring with Kayira, one of the girls [name withheld] said she remarried a year after she went back to school because her parents were not supportive and showed no interest in her education. She got married at the age of 15.

During the lifespan of women and girls’ rights projects in the areas of traditional authorities Wenya and Nthalire, the Justice and Peace Desk of Karonga Diocese has rescued 54 girls from early marriages. Out of these, 15 girls dropped out of school and remarried. Out of the remaining 39,  25 are secondary school students while 14 are in primary school.  Most of these girls are between 15 and 18 years of age.

The Justice and Peace Desk of Karonga Diocese has been implementing women and girls’ rights projects in the area since 2013 with funding from Catholic Agency for Oversees Development (Cafod). The current project, which runs to March, 2018, is called Community Managed Women and Girls Rights Advocacy.