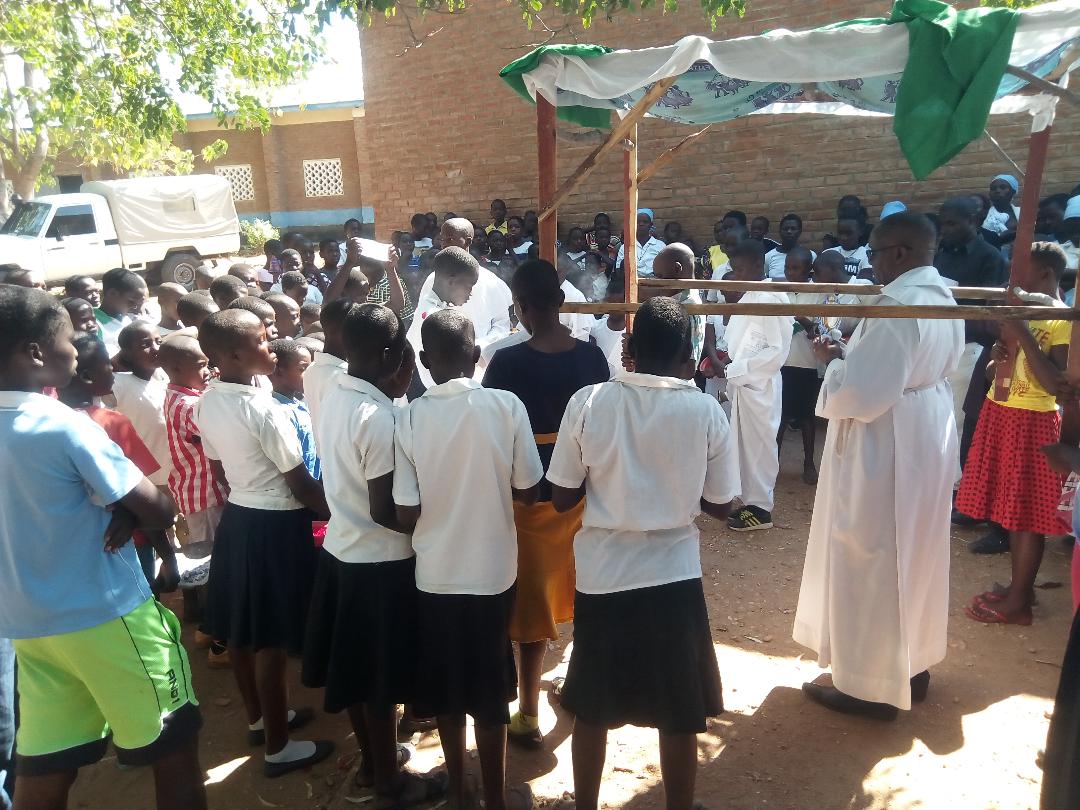 In his homily, the Vicar General said that during the Feast of Corpus Christi, the Church celebrates the real presence of Jesus Christ in the Eucharist.  He added that it is a celebration of God’s continued presence in our lives.

“Christian life is like a long and difficult journey that needs continued nourishment or refueling.  We are so lucky that Jesus left us his body and blood, the Eucharist, to refuel us on this journey,” he said.

He asked the congregation to take the feast as an opportunity to seriously reflect on their communion and union with Jesus Christ.

Monsignor Denis Chitete also challenged the congregation to (i) re-awaken their hunger for Christ in the Eucharist and (ii) participate actively during Eucharistic Celebrations rather than just being present during Mass as spectators.

He urged to manifest to the world, through their lives, the fruits of their faith in the real presence of Christ in the Eucharist.

The Sunday Liturgy ended with the exposition of the Holy Eucharist during the procession and benediction.  On Saturday before the celebration of the feast of Corpus Christi on Sunday, the Vicar General, accompanied by local church leaders of Mpata, visited the sick within Mpata area.