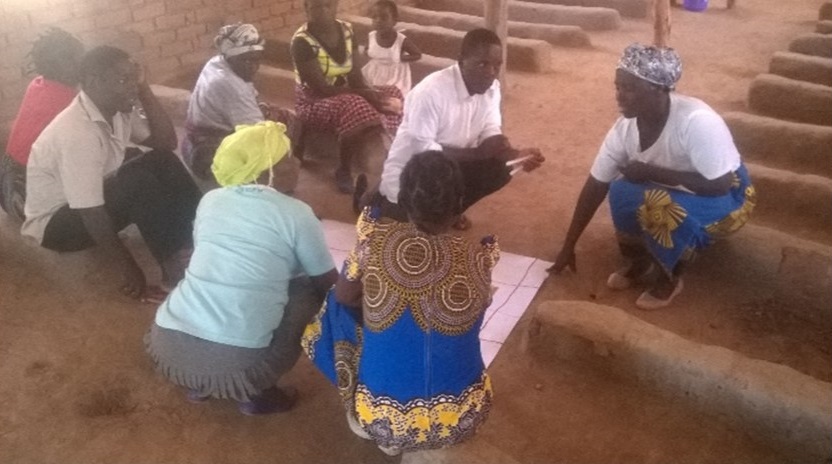 One most important aspect that entrepreneurs overlook in starting and managing a farm business is that of gross margin. Thanks to Development Desk’s ACCES Plus (A+) Project which facilitated a training in gross margin analysis for farmers in Traditional Authority Mwalweni which is under Saint Francis De Sales Parish of Karonga Diocese in Rumphi district.

Gross Margin is the remaining income from an enterprise after the variable costs are deducted. This is an extremely important number for every new and small farm business to manage, as it impacts both the possibility of reaching breakeven (the product price needed to recover all variable costs incurred in production at a given output level and cost of input) and the amount of profit that a farmer can earn beyond breakeven. In other words, it directly impacts risk and return.

Gross margin affects breakeven and profit. As a simple example of how it affects, during the training a farmer was considered starting-up with MK300, 000 in fixed overhead. If this farm business gross margin as a percent of sales is 50% (which means fifty tambala out of each kwacha in sales is retained for the farmer to cover fixed costs), it would need to reach sales of MK600, 000 to cover its overhead.

If that same start-up were able to achieve a gross margin of 52% instead, breakeven would decrease by MK23,000, or approximately 4%. The farmer would then begin earning a before-tax profit of fifty-two tambala on each kwacha in sales after revenues reach MK577, 000 rather than fifty tambala on the kwacha after MK600, 000.

Most farmers surrounding the area did not know what gross margin on sales was for different crops and involving them in calculation of gross margins for different crops such as maize, groundnuts and soya beans will help them identify the right crop to produce and therefore address the problems they were experiencing. Each participant simply knew that some of the crops they were producing was losing money and did not know where to begin to remedy the situation. The training, therefore, assisted them to address the gaps.

Farmers’ lack of understanding in gross margin analysis often leads to decisions that only worsen the farmer’s position, such as attempting to increase sales via lower prices, leading to even smaller gross margins.

Gross margin analysis does not get the attention it deserves. Farmers should be aware of the factors that will impact their margins and pay close attention to them. The participants were encouraged to find a benchmark for gross margin using data from their nearest competitors to give themselves a target to manage and be aware that the factors impacting gross margins may change over time.