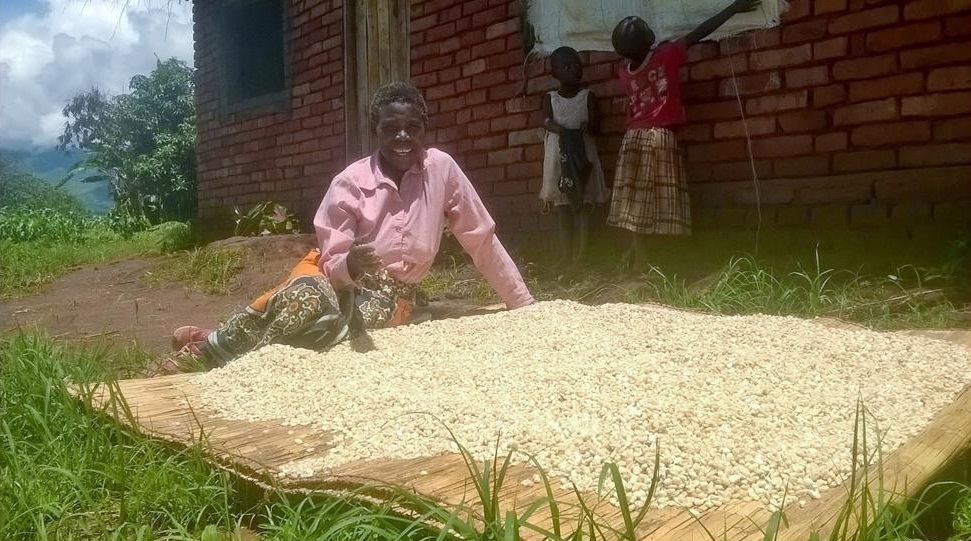 The Development Desk of the Diocese of Karonga recently trained and supported farmers in the area of Traditional Authority Mwalweni in Rumphi District in a bid to respond to the challenge of food insecurity in the area.

This was done to improve livelihoods of small-scale farmers and land users who often lack access to the agricultural services required to enhance their knowledge and skills in order to manage situations when there is scarcity of staple food.

Most ADMARC depots, in Rumphi, are characterized by long queues during the lean months of January and February with some depots running out of maize due to high demand. These conditions adversely affect smallholder farmers who spend more time at the market while others go for casual labour as a cope up mechanisms.

Thanks to A+ Project, Lucient Gondwe of Village Headman Vwalamanja, under Luwendera VDC can now afford a smile during the lean period. She is a smallholder farmer, and member of Mkonola B Irrigation Scheme.

As a member of the scheme she started serious irrigation farming in 2019 after the project had mobilized them to establish the community vision through the strength based approach. The community’s vision included eradication of hunger through irrigation farming which encouraged her to join the scheme and produce maize, leafy vegetables and tomatoes on her plot.

Aged 59, Lucient is a widow who lives with 5 grandchildren. Malnutrition among her children and the surrounding areas was frighteningly high during the same time in the previous years.

“The situation was bad because most women spent a good time at the Nutrition Rehabilitation Unit. We were all affected and development, at a household level, was also affected because time was spent with children at the hospital. Currently, we are not affected by hunger and we have enough food which will take us to the next harvest and we are living happily,” she added.

Lucient is also a member of village savings and loan group where she obtained a loan to purchase fertilizer which she applied to her maize field.