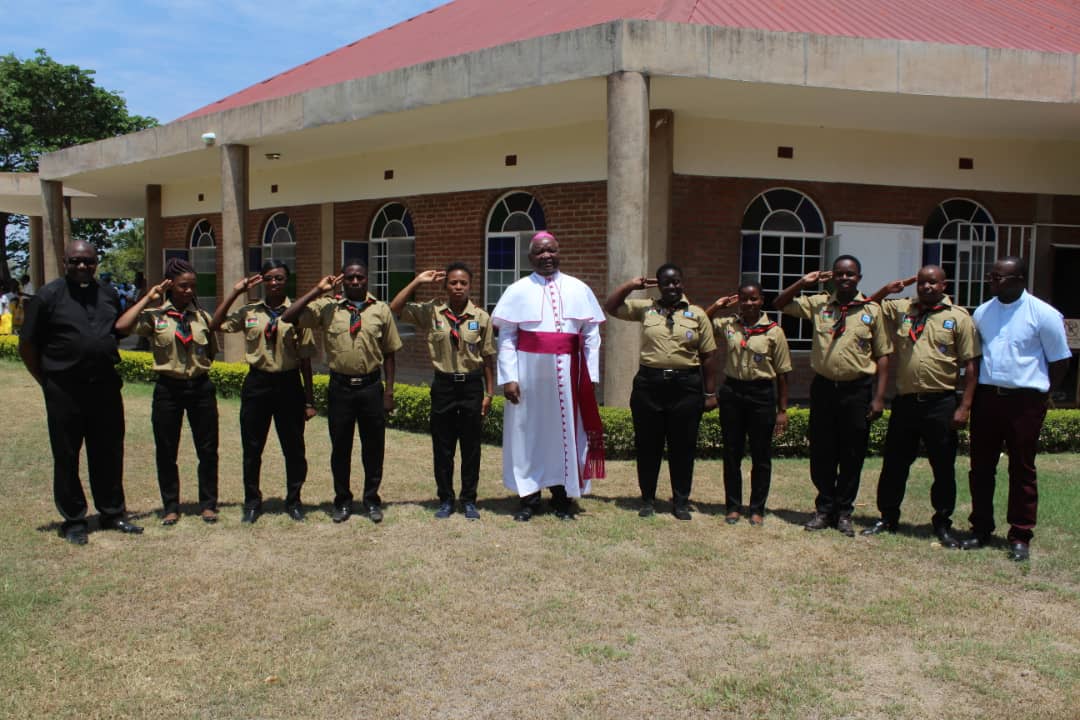 Bishop Martin Anwel Mtumbuka of the Diocese of Karonga has officially launched Catholic Scout Organization of the Diocese during Prayers for Peace, Unity and Reconciliation at St Joseph the worker Cathedral on Saturday.

According the Bishop, the Catholic Scout targets young people in the Diocese, and their main activities are charity work, promoting peace within the Church and the communities, and serving as ushers during Diocesan events to make sure that there is order.

The Scout Organisation of the Diocese has been holding meetings and engaging similar organisations both at national and international levels. But the launch follows the induction of the members of the organisation which took place in the Archdiocese of Mbeya in Tanzania.

The pioneer members of the group recently visited Tanzania where they underwent a Preliminary Training Course in Scouts. They were trained by the Chaplain of Catholic Scouts in Mbeya Archdiocese and also the Regional Commissioner for Tanzania Scout Association.

On their arrival in Mbeya, the Scout leaders from Karonga were welcomed by Archbishop Gervas Nyaisonga, who also delivered some lessons focusing on effective management of Scout organization and other pertinent topics.

In His remarks, Archbishop Nyaisonga hailed the Bishop of the Diocese of Karonga, Right Reverent Martin Mtumbuka, for initiating the introduction of the group in the Diocese and for letting them visit Mbeya.

The group was accompanied by their Chaplain, Father Joseph Mkinga, who expressed a word of gratitude to Archbishop Nyaisonga for availing himself and orienting them in what has to be done for Catholic Scout Organisations to achieve their goals, objectives, management skills and policies.

The Catholic Scout Organisation has started working in two parishes, namely St Joseph the Worker Cathedral and St Mary’s Parish and will embark on systematic expansion which will see them establishing the grouping at St Anne’s, St Steven’s, St John Paul II and St Michael’s parishes.

The grouping is open to all Catholic youth from the age of 18.

The Coppel Family Concludes their Visit to Karonga Diocese; Pledges Unwavering Commitment to Supporting the Diocese