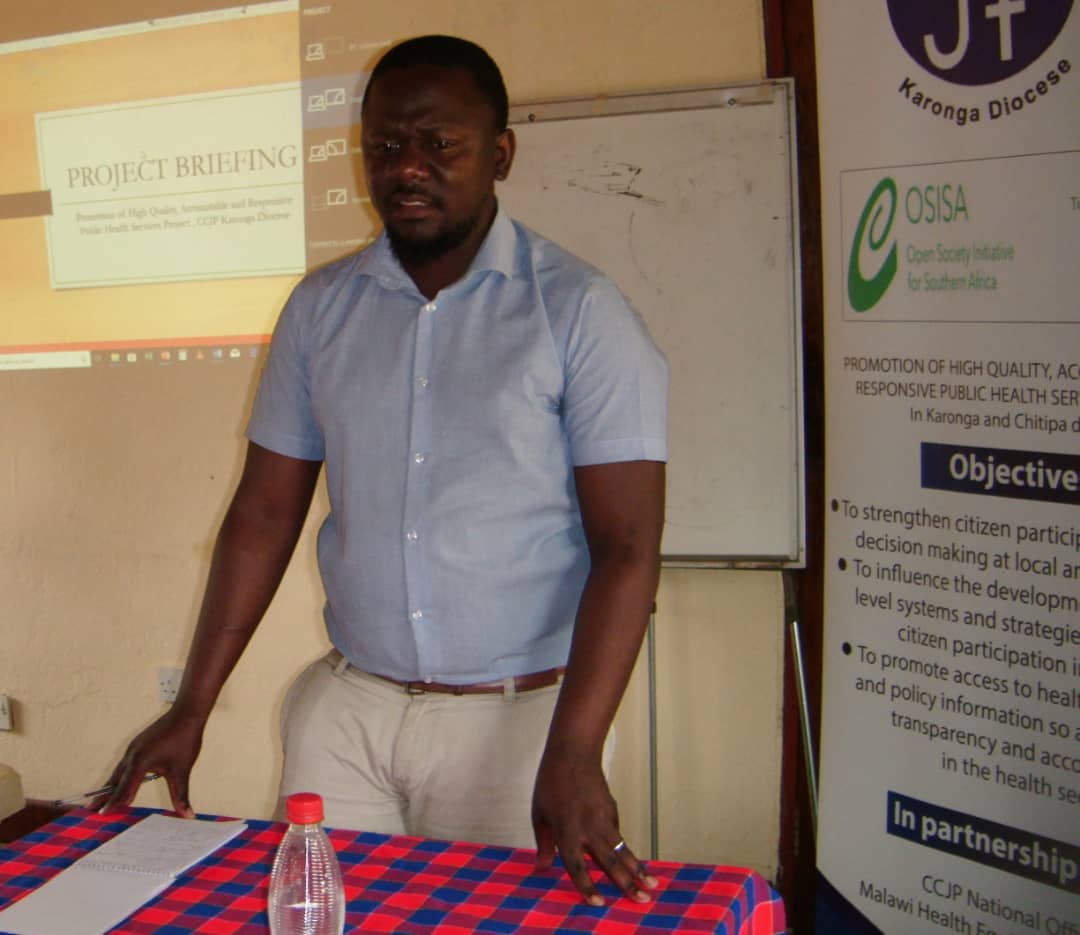 On 29th October, 2019, the Justice and Peace Desk, through the OSISA funded health governance project, held a meeting at Club Marina in Karonga to influence the effective implementation of the decentralization process, policies and strategies within the health sector.

The meeting was attended by Chitipa District Council led by the District Commissioner and Chitipa District Health Management Team, the Chairperson of Chitipa CSO Network and members from the Justice and Peace Desk of the Diocese of Karonga.

Firstly, the meeting advocated for the relocation of the Director of Health and Social Services (DHSS) from the district hospital to the Council offices.  The Justice and Peace Desk contends that the new arrangement will enable the DHSS to oversee all health facilities without bias.  The current set up is such that the DHSS is preoccupied with matters relating to the district hospital and health centres are affected in terms of distribution of resources.

Participants agreed in the interim functions of the office of the DHSS should focus on the district level while still operating from Chitipa District Health Office because the current DHSS is working in acting capacity.

The meeting also discussed further devolution of Chitipa Local Health Sector Budget.  Currently, the budget is centralized at the District Health Office.  It was agreed during the meeting that some Health Centres such as Misuku, Wenya and Nthalire will have their own allocations for example fuel and cleaning materials from Other Recurrent Transactions beginning next ORT disbursement.