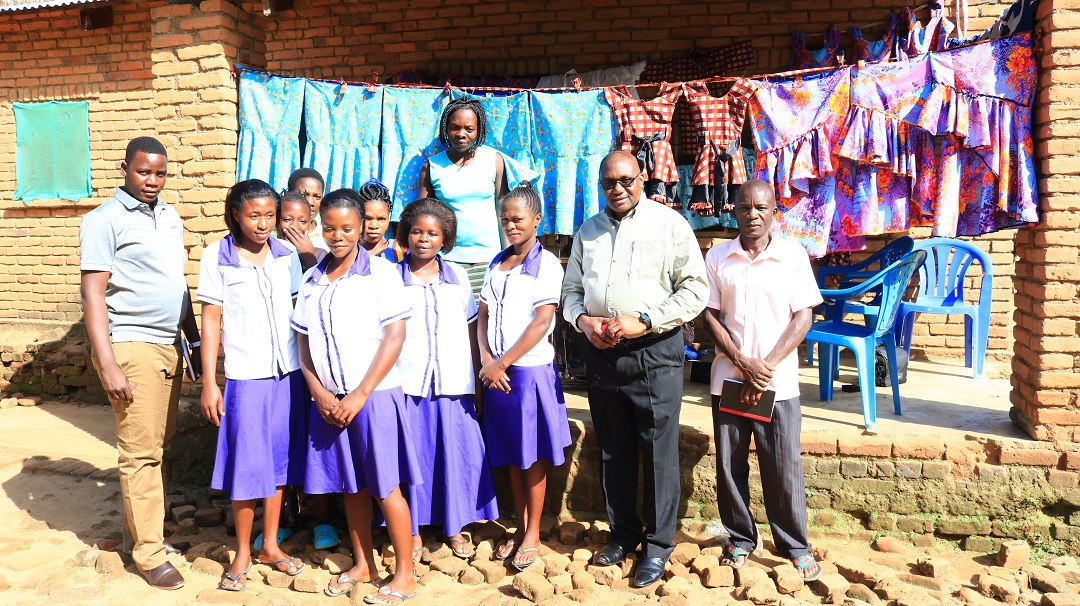 Monsignor Chitete with Tailoring Students at their Pavilion

The Vicar General of the Diocese of Karonga Monsignor Denis Chitete has expressed satisfaction with the progress of the Community Based Vocational Skills Project being implemented by the Education Desk in fie communities in the Diocese.

The Vicar General could not hide his joy when he visited the project sites to appreciate the reception of the project by the beneficiaries and how they are applying themselves in the same. The project aims at reducing levels of unemployment among the youth who in turn will be advocates of peace in their communities.

Interacting with the youths during the monitoring session, Monsignor Chitete was impressed with the responses from the youth which showed that they have understood the goal and objectives of the project.

“I am happy to hear this from you. It shows that you really understand why the Diocese of Karonga brought this project to you,” he remarked at one of the centers.

He further commended them for taking such opportunity seriously.

“The Diocese of Karonga desires mindset change among the youths. They should desist from being used by influential people to perpetrate violence for people to live in peace and harmony. This is exactly what we have witnessed today,” he explained.

The beneficiaries hailed the Archdioceses of Bumberg and Archdiocese of Freiburg for their financial support. They also thanked the Diocese of Karonga for giving them the opportunity on the ground as the project has changed their lives economically and way of thinking.