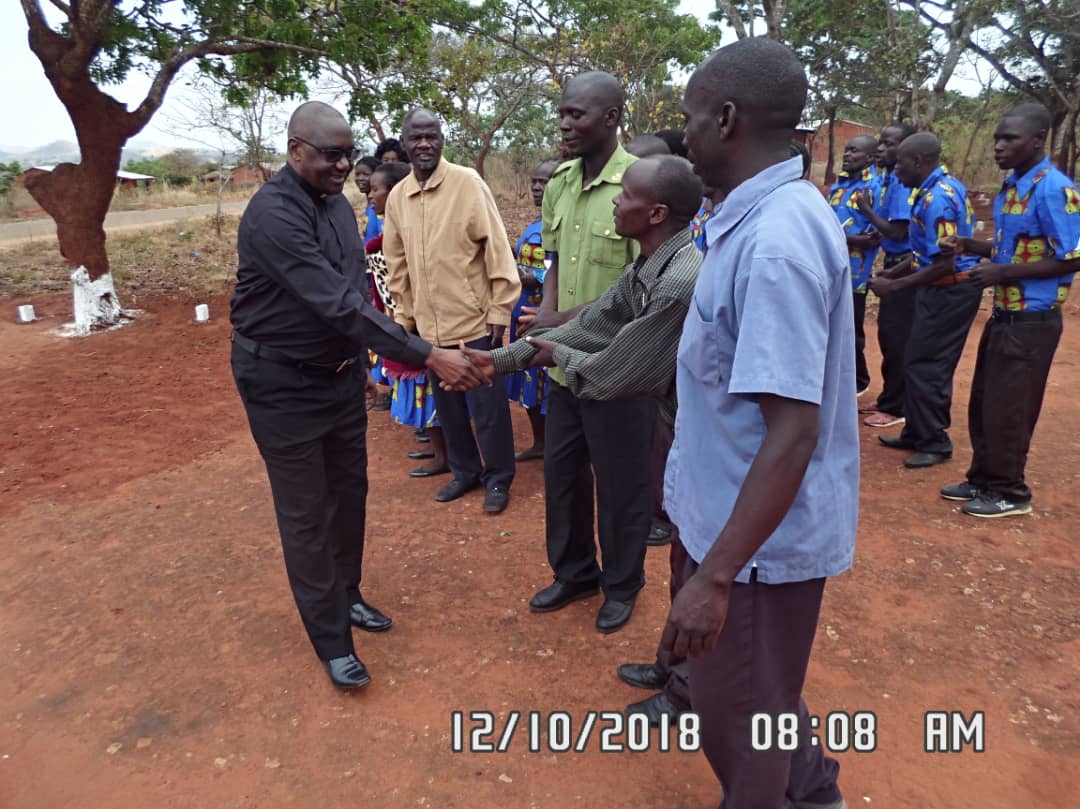 From 12 to 14 October, 2018, the Vicar General of the Diocese of Karonga, Monsignor Denis Chitete, made his pastoral visits to Wenya, Thumbo and Thelele zones of St Ignatius of Loyola Parish.  The aim of the pastoral visits was to establish closer contact between the Bishop’s office and the people (both Catholics and non-Catholics) of the visited areas.

Some of the successes shared among the Catholics in these areas were good progress of catechism lessons among children of 5-13 years of age called Junior Sunday School.  It was also pleasing to see that more Small Christian Communities have gained more strength than before.  This is due to several initiatives taken by the Pastoral Commission during this special, “Year of Our Small Christian Community”.

Some of the many challenges which the people of these areas also shared with the Vicar General include: poor leadership (at Zone, Local Pastoral Council and Small Christian Community levels); inadequate trained and committed instructors for all categories, especially for the youth and catechumens; long distances (up to 15 km) between some prayer centres and small Christian communities – posing a challenge to many forms of frequent gatherings among the faithful.

People from all the three visited places of Wenya, Thumbo and Thelele unanimously requested for faith formation and training of leaders including instructors of children, the youth and catechumens so that their churches do not constantly produce half-baked Christians and leaders.

The Vicar General said that the pastoral visits had helped him to have a better picture of how the Catholic faithful and people in the visited areas live their Christian vocation as seen from their shared their joys and sorrows, successes and challenges. The Diocese hopes to refine its strategies on how best to accompany the people of these areas on their journey of faith as well as their socio-economic needs.

During the visits, the Vicar General met both local Church leaders and traditional leaders. The Parish Priest of St Ignatius Parish, Father John Moyo and Curate, Father Matthews Simwela accompanied the Vicar General in all the three places visited. Also accompanying the Vicar General were some pastoral officers and an officer from the Diocesan Tuntufye Radio.