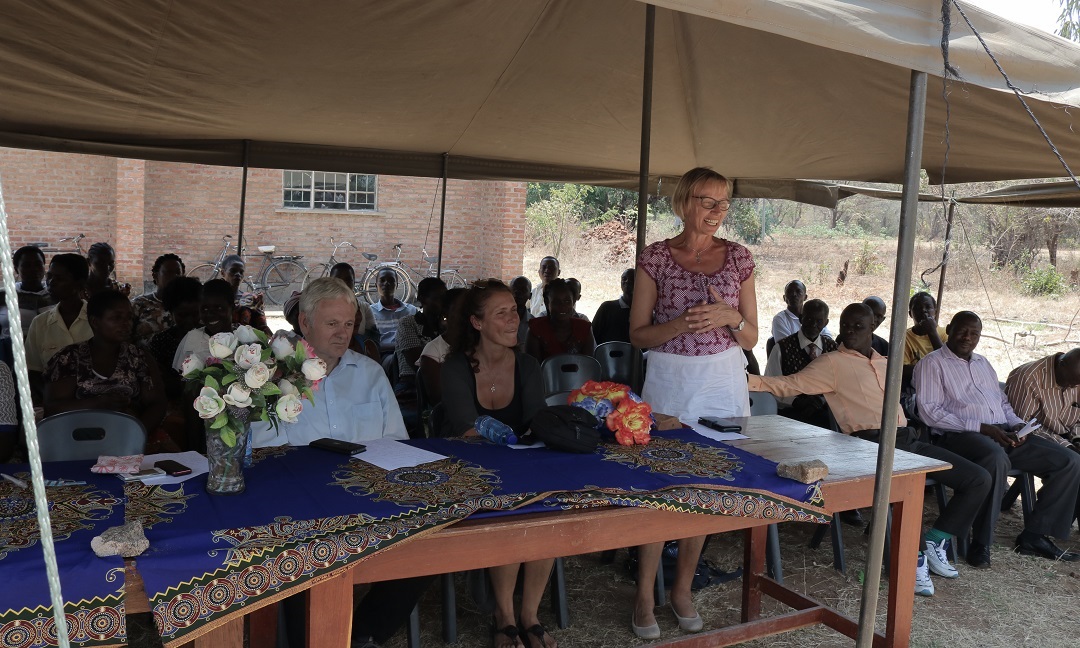 As one way of uplifting education standards in community day secondary schools (CDSSs) under the Diocese of Karonga, the diocese’s partners from Germany, through the Umoza na Malawi Project has donated 8 and seven desktop computers to St Annie’s and Ngala CDSSs, respectively.

Speaking during the handover ceremony, the Director of Umoza na Malawi, Madam Elisabeth Maasjost, says she is impressed by the students inspiration.

“It was nice to be here with them. I am very much impressed since they look much motivated and I believe they will make good use of these computers and they will succeed in their education.” Said Madam Maasjost.

She added that computers simplify things as most of them can be done by computers hence saving time and resources.

The partners promised to continue supporting the diocese in the education sector.

On his part, the Education Desk Officer for the Diocese of Karonga, Mr Remmie Kamanga says the aid will help to reduce the challenges the schools are facing.

According to him, the schools are having shortages of books and other learning resources which retard progress.

Mr Kamanga says the insufficient support from the government suppresses the effectiveness of the schools.

“These schools depend on the community for its operations since it receives very little support from the government,” said Mr Kamanga.

On the other hand, both head teachers of St Annie’s and Ngala CDSSs are appreciative of the partners through, Father Dr Steve Bulambo and the diocese for choosing their schools. They appeal for other well-wishers to come and appealing to all well-wishers to come into their aid.

The students of both schools enthusiastically thank for the donations and promise to use the computers effectively towards their education.

Not only shall the students use the computers efficiently but also take good care of them to avoid compromising the needs of the future generation.

Poems, dialogues and Traditional dances performed by both students and villagers spiced up the ceremony.

Umoza na Malawi Project aims at supporting the needy students from Kasantha in their secondary and tertiary education. However, it also reaches out if opportunities arise.