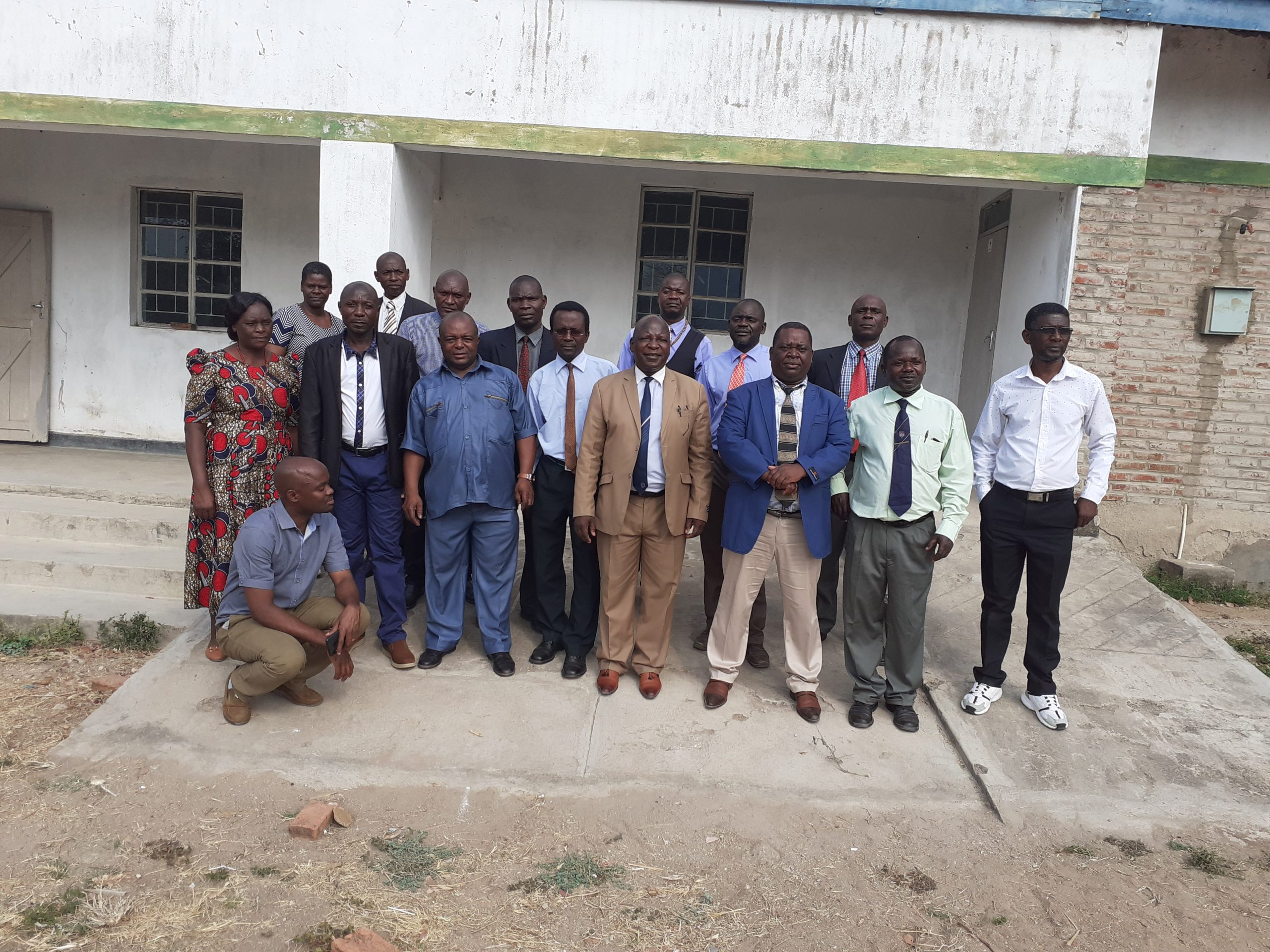 The Association of Catholic Head Teachers (HAC) of the Diocese of Karonga held their first meeting of the 2019/20 school session on 18th of October, 2019 at Fulirwa Community Day Secondary School in Karonga.

The association, which is comprised of head teachers and their deputies from all Catholic secondary schools in the Diocese, meets every term to discuss issues affecting their institutions. All the eight Catholic schools attended the meeting which is always graced by the Catholic Education Desk Officer, Mr Remmie Kamanga.

One of the issues discussed during the meeting is the preparations for the impending visit of counterparts from Njombe Diocese in Tanzania. Njombe Diocese and its education department is much older and well established.

The two dioceses are partners and would like to learn from each other especially in the education sector. The thirty visitors from Njombe Diocese are expected to arrive in Karonga within the early days of November and interact with the team of Catholic head teachers, visit schools and share issues of interest in education or running of Catholic schools.

Issues of Child Protection Policy, school internal audits, school supervision/ inspection and in service training (inset) for Catholic secondary schools were discussed at length for the benefit of administrators and learners.

The Catholic Head teachers Association has been in existence since the creation of the Diocese of Karonga and it is a branch of the Education Desk which falls under the Caritas Commission. The association organizes workshops on catholic education policy, leadership and management to facilitate the better running of Catholic schools.

The association believes in what is articulated in the Catholic Education Policy Handbook that; “All people of whatever race, condition or age, by virtue of their dignity as human persons, have an inalienable right to education. … true education is directed towards the formation of the human person in view of his/her final end and the good of that society to which he/she belongs and in the duties of which he/she will, as an adult, have a share,” (Gravissimum Educationis G.E. para. 1).

The above statement motivates and gives a sense of purpose and divine duty to the administrators so that they administer Catholic schools and have a holistic approach to education.