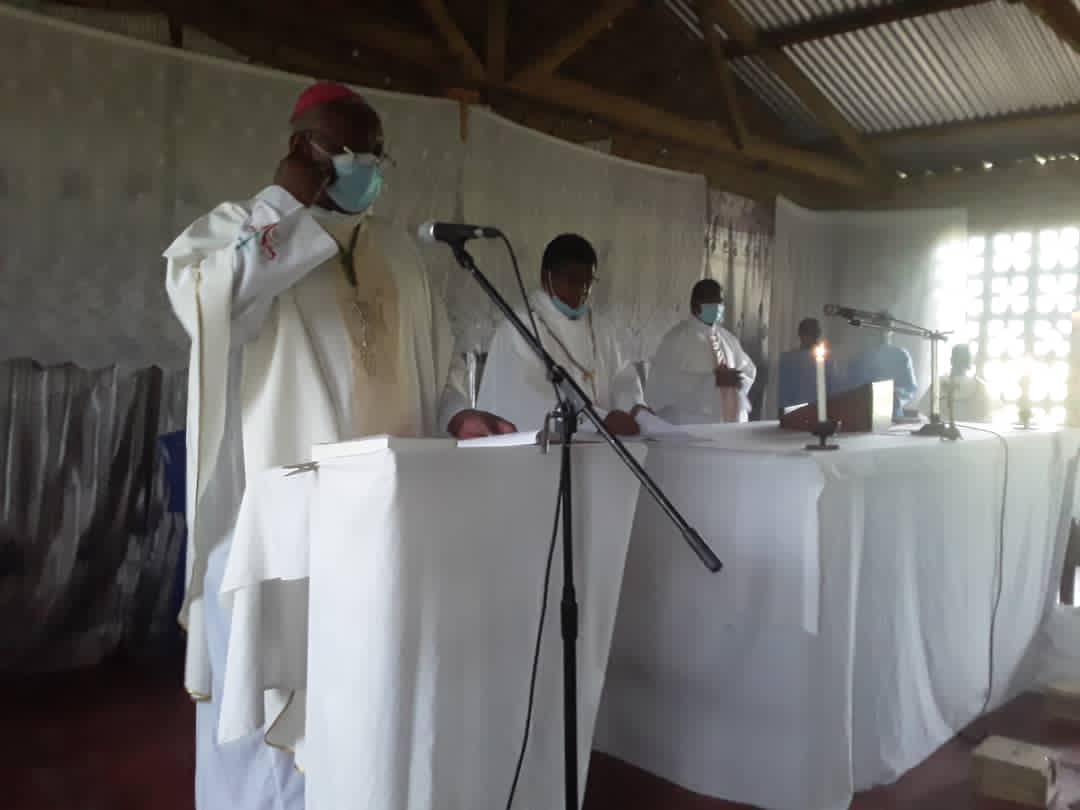 In his homily, the Bishop took time to catechize the faithful on the significance of Divine Mercy Sunday to the followers of Christ who are known as Christians, a name given to them at Antioch. Divine Mercy Sunday was instituted by the Apostles on the 8th day after the resurrection of the Lord, he said.

According to him, this is one of the reasons why Christians from the time of the resurrection worship God on Sunday, the first day of the week, a day on which Christ rose from the dead, defeating death for our salvation.

He further mentioned that on the first day Christ appeared to his disciples after his resurrection, one of them was not around and after hearing from his colleagues that Christ was risen, he doubted it. He continued to say that on the 8th day after the resurrection, Divine Mercy Sunday, the disciples gathered together again to fulfill what the Lord had commanded them to be doing, that is, to celebrate the Eucharist and share the Word. This disciple was now present and he could not doubt any more about the resurrection after Christ appeared to them again.  It was on this day that Jesus instructed his disciples with the words “….do this in memory of me”.  Therefore when Christians meet together on Sunday to celebrate the Eucharist where there is a priest or when Christians meet together on this same day to share the Word of God without a priest, they do exactly what Christ commanded them to be doing, he said.

The Bishop further pointed out that it was difficult for a Christian in the early days of Christianity to stand in the Synagogue among the Jews on the Sabbath day to preach about Christ as the Son of God who resurrected from the dead as some Jews who did accept Christ as the Son of God who had resurrected from the dead. The Apostles, therefore, began worshipping God on the first day of the week, a day on which Christ rose from the dead and appeared in the morning to three women and in the afternoon to some men who were his disciples.