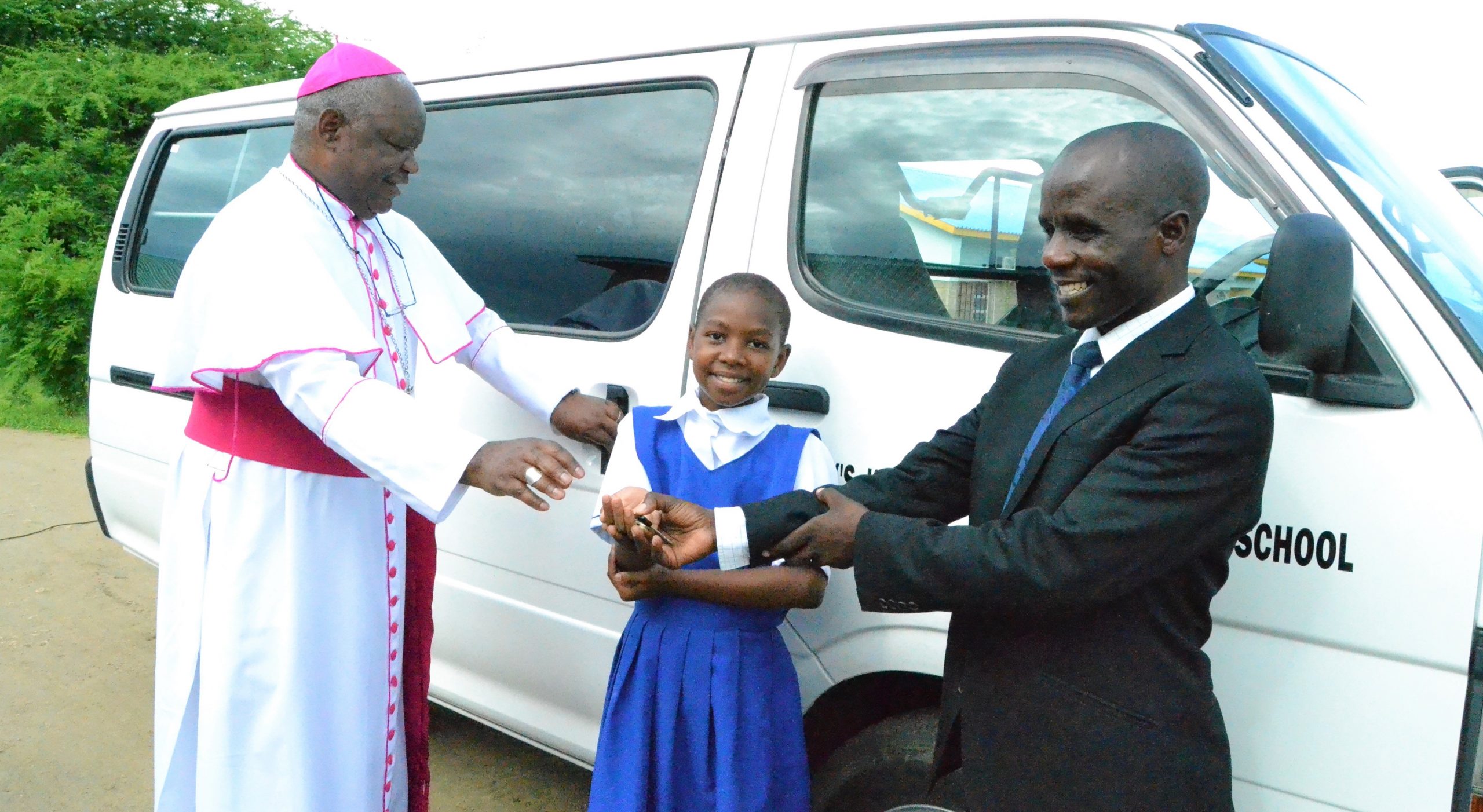 The leadership of the Diocese of Karonga has described as uncalled for, the tendency of underrating girls’ capacity for attaining higher education common among most Malawians.

In a quest to break the record that girls can also excel in education like boys, given equal opportunities, Bishop Mtumbuka handed over a brand new Toyota Hiace minibus to the school to ease mobility challenges for both learners and staff at the institution. The minibus has been bought by the Diocese of Karonga with financial support from Team Lift.

“The church recognizes the new government policy that prohibits schools from ferrying pupils in open vehicles during their educational trips. That is why we thought of buying this minibus for the school. They have stayed for quite some time using a small vehicle and sometimes open ones,” explained the Bishop.

He further appealed to learners to take good care of the vehicle. He also urged them to work hard in school to make their parents and the whole nation proud.

The Bishop added that being at a Christian school, learners must strive for excellence both spiritually and physically. He discouraged learners from being selfish to their colleagues for them to become reliable citizens who could bring the nation to light as greedy characters derail national development.

The school’s Deputy Head Teacher, Farriot Ngwira commended the kind gesture shown by the diocese through the donation of the vehicle which in the long run will improve the standards of education.

“Our learners now have an opportunity to have exchange learning visits to their sister schools to learn what their colleagues do, to do well academically. We will also have no problems in ferrying them to hospital when they fall sick,” Ngwira said.

Furthermore, the deputy head assured the general public that they should expect good results from the school as they are currently already doing well.

In expressing her gratitude on behalf of her peers, one of the exceptional pupils, a 14 year old form two Clever Banda whose ambition is to become a Quantity Surveyor, said she is optimistic that the school will bring joy to the church, parents and the nation as a whole as they will now put more effort in their studies.

The seemingly brilliant girl further called upon the diocese to reconsider them with additional academic books and laboratory equipment to sharpen their knowledge.

Established in 2017 and situated at the lake view mountain at Mwenilondo, the school is currently accommodating about 200 learners in forms one and two but it is designed to host about 600 learners.