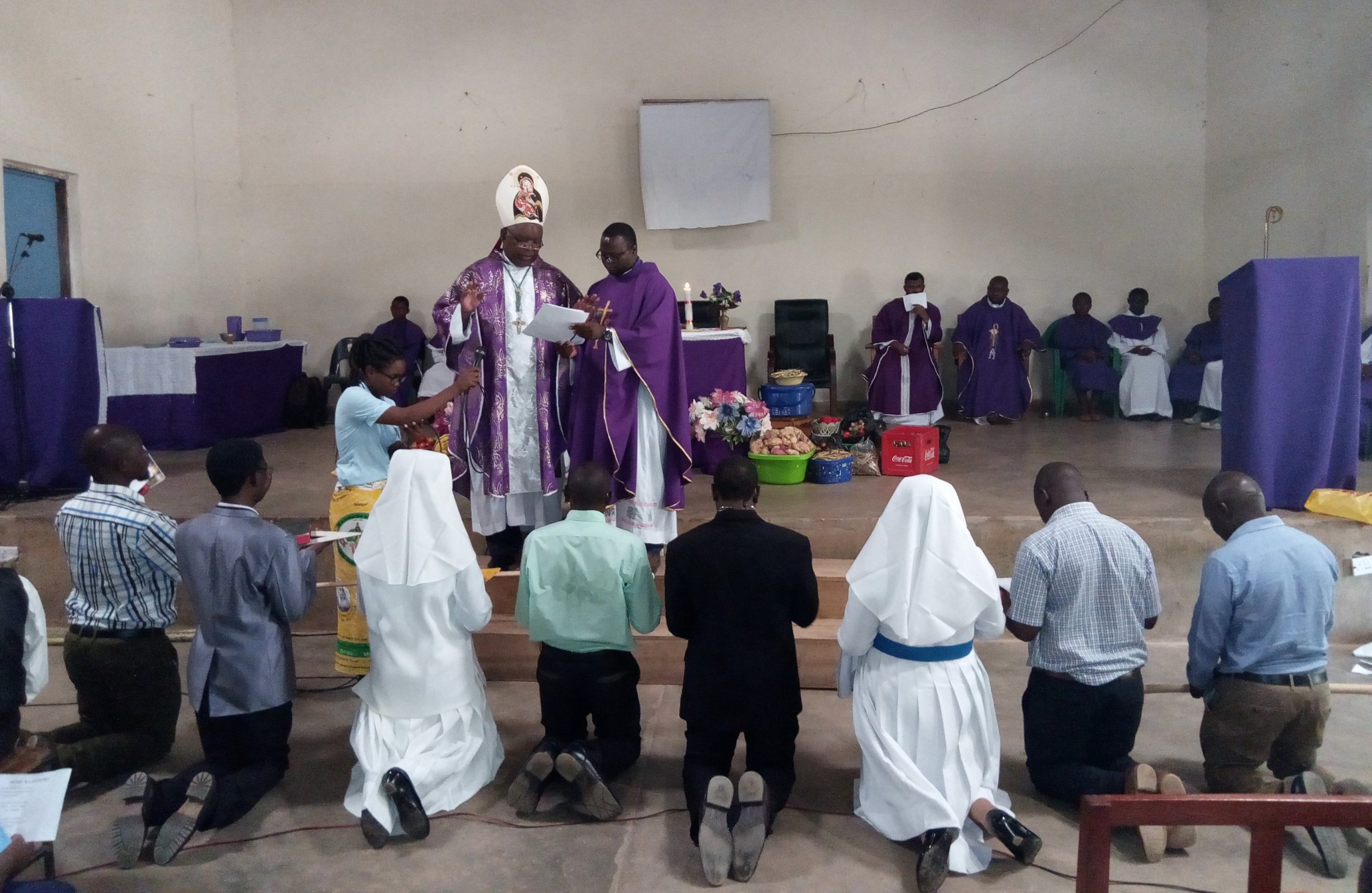 Bishop Martin Anwel Mtumbuka of the Diocese of Karonga has, on Wednesday, commissioned the Caritas Commission (a socio-economic arm) for Missio Ad Gentes work in the Diocese during the Ash Wednesday liturgy which took place at Kaseye Secondary School in Chitipa District.

In this Year of Missio Ad Gentes, the Caritas Commission has been specially sent to do missionary work in the Diocese because, according to the Bishop, “missionary work must remain the priority to the entire Diocese since it concerns the eternal destiny of our brothers and sisters.” He further said, “right from her inception, the Church has always understood works of charity as part of her special mission.” (cf. Acts 4:32-37).

During this Year of Missio Ad Gentes the Bishop has assigned special tasks to be carried out by the Caritas Commission as follows: Carry out specific works of charity for the most vulnerable people in the Diocese; Promote the care for environment with special focus on Nyika National Park and communities around it; Engage all relevant duty bearers regarding proceeds from Nyika National Park for the mutual benefit for the Central Government and local communities surrounding Nyika National Park.

The Commission is also supposed to Raise the profile of the plight of forgotten local communities which settled in very remote and poor areas surrounding the Park following their forced relocation from Nyika area some 42 years ago; Undertake the task of raising the required funds for its departments so that they can carry out all their assigned to them during this Year of Missio Ad Gentes and Put themselves at the disposal of the Bishop to be sent out to hard-to-reach areas as itinerant providers of works of charity and promoters of integral justice.

The event was attended by among other people, Priests from St Michael’s Parish, students and staff of Kaseye Girls Secondary School; Catholics from Kaseye Prayer Centre and surrounding prayer centres; officers from the Bishop’s offices in Karonga; Sisters from St Anne’s, St Mary’s and St Steven’s parishes.

On 9th February 2019, Bishop Mtumbuka commissioned Ad Gentes Missionaries on the Pastoral front.  The commissioning of the Caritas Commission means that both Commissions can now officially go forth and spread the Good news, especially among communities in hard to reach and neglected areas.