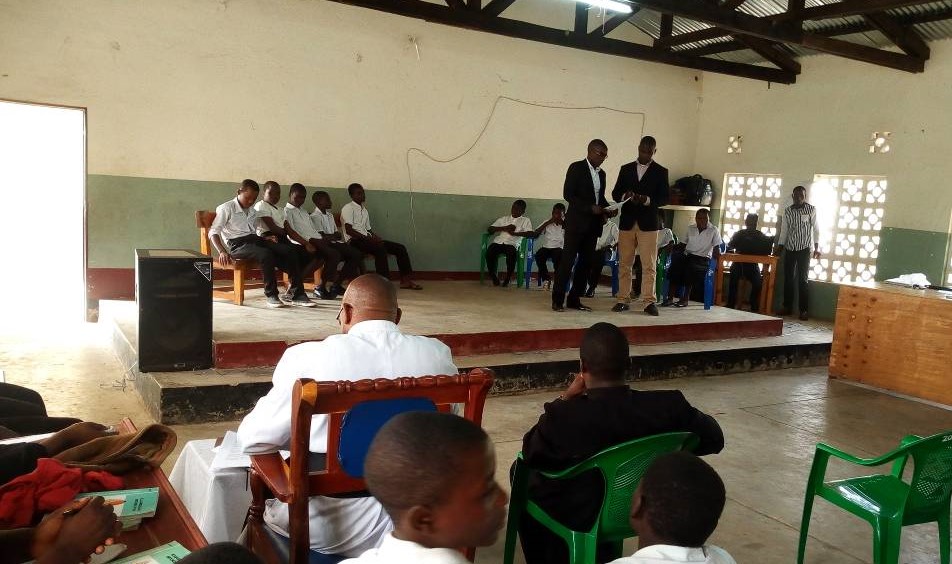 On 2nd June 2018, the Diocese of Karonga saw Sunday school children from Chitipa Deanery of the Diocese scooping both awards during the quiz and choir competitions that took place at St Joseph the Worker Cathedral.

In the choir category, children of St Matthias Mulumba Parish Centre (Mughese), who represented Chitipa Deanery, won position one for their quality singing.  These competed against their counter parts from St Joseph the Worker (Vilaure), who represented Karonga Deanery.  The competition in the choir category was also tight as Mughese children on position one got 10 of the 12 possible points while the runners-up (Vilaure) got 9 of the possible 12 points.

The winning teams got prizes and certificates of recognition from the Vicar General, who is also the Chairperson of the Pastoral Commission of the Diocese of Karonga.  Also present during the event were Fr Matthwes Simwera (the PMS Director of the Diocese), Fr Bernard Silungwe (Parish Priest of St Matthias Mulumba) and Fr. Cosmas Mwanjabala.

The children had morning Mass together, ate together and interacted from Saturday evening up to Sunday morning.  On Saturday afternoon, they visited several places within Karonga; Tuntufye Radio Station Premises, Bambo Zutu House (Bishop’s House), St Mary’s Karonga Girls Secondary School, and the lake (for the sake of children from Chitipa Deanery who saw the lake for the first time).

In his remarks, the Vicar General congratulated the winners from Chitipa Deanery and commended all the participants for their impressive effort.  He thanked all the Instructors of Sunday School Children for their untiring efforts in sharing their faith with the Sunday school children in the Diocese.

He said that what people had witnessed during the final competition among the children from the two deaneries, that makeup Karonga Diocese, was just one of the indicators that the children have great capacity and potential; they can perform wonders if given a chance.

He pledged that the Bishop and his office will continue supporting all their efforts to ensure that they continue forming, in faith, the children in the Diocese.  He also urged the children to continue actively participating in all planned programmes and activities for children.

The Pastoral Commission organises such events every year through the Sunday School Desk which oversees the Diocese’s ministry towards children and the youth.  The competitions start at prayer centre level and go up to outstation, zone, parish, deanery and diocese levels.  It is the prayer centre that wins from the lower level that goes up through all the higher levels.  The children involved are Sunday school children who are between 5 and 13 years of age.  With the completion of this year’s competition.  Prayer centres will now start preparing for 2019 competitions beginning this coming July 2018.