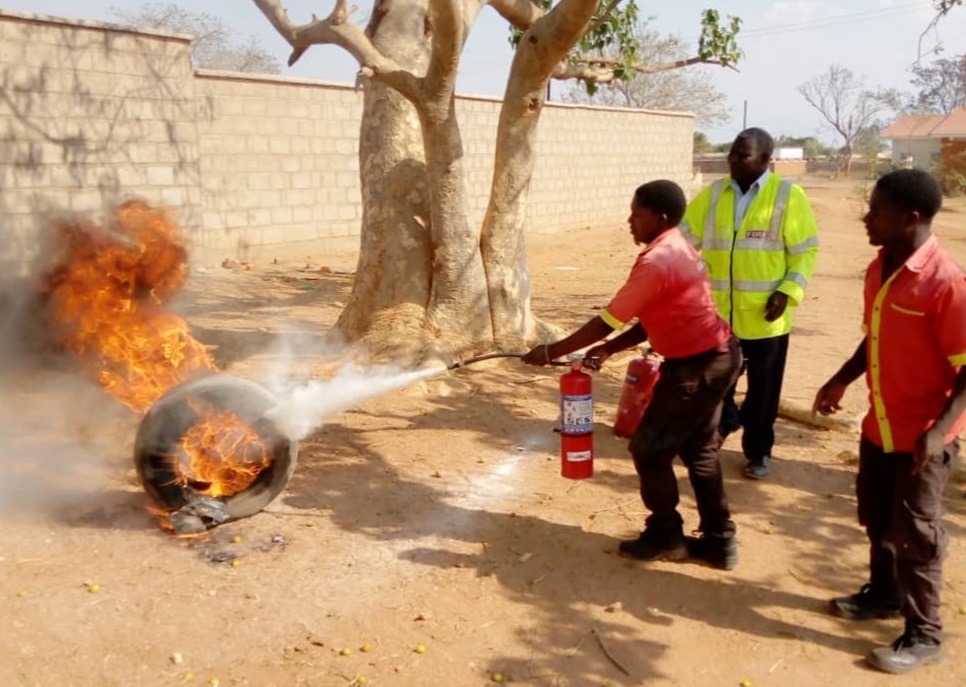 Fuel attendant practicing the use of fire extinguisher

The Diocese of Karonga has trained fuel attendants at her Chitipa Filling Station on how to use handheld fire extinguishers to stop fire in case it occurs at the site. This day long training took place at the newly upgraded filling station in Chitipa.

In his explanation, the facilitator of the training Mr Joseph Malele, an employee of the Airport Development Limited (ADL) in Malawi said, fire usually starts with a spark – a wisp smoke that spreads with dramatic speed sending your office, factory, garage, school, hospital, warehouse, house and even your life up in smoke.

“Every day at home at work, fire kills and injures thousands of people, causing pain and suffering; destroys property causing financial loss leading to hardship and distress for many people,”

“Fire drives organizations and companies out of business, putting many out of work and yet most fires can be prevented,” said Malele

Diocesan filling station attendants have been trained on how to quickly put out fires in the event of such occurrence. Being at the retail filling station site, lives and property are at risk of catching fire one day. The training has provided insight into many important areas.

According to his explanation, it was clear that fire is caused by either of the following: carelessness, ignorance and accident. The team is now geared to work towards the prevention of fires at the site.

Pictures below show fuel attendants at the site during demonstrations which were conducted about 200 metres from the filling station.