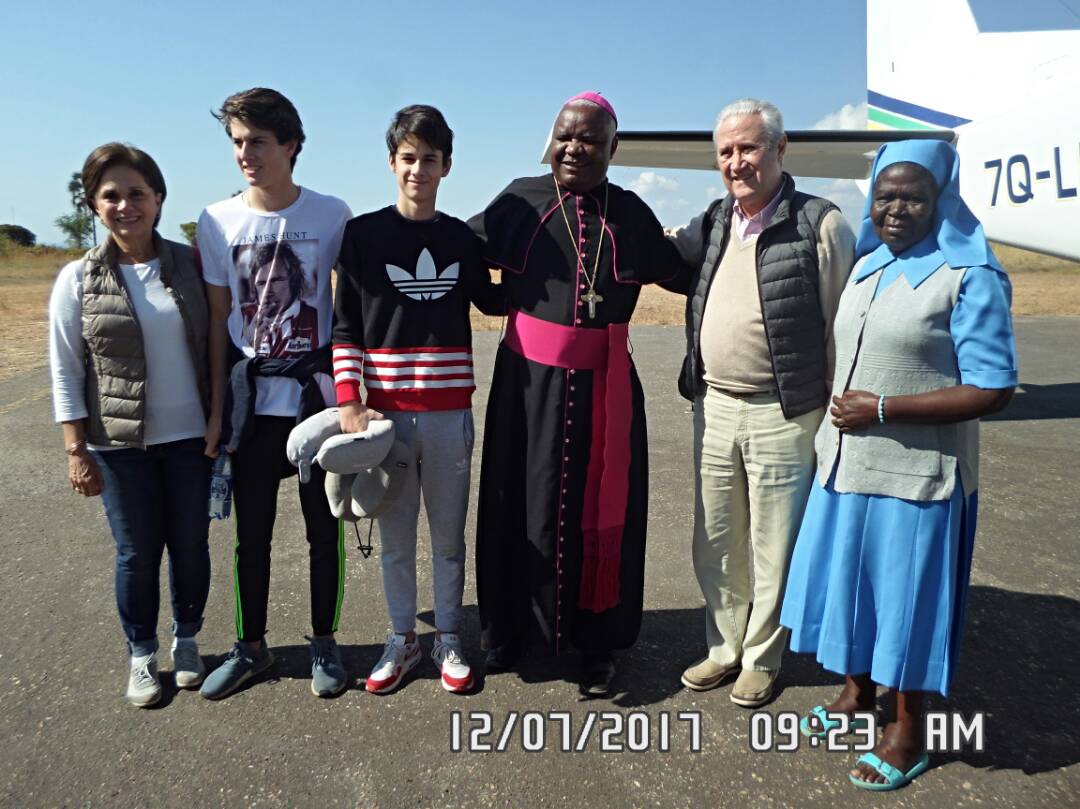 After an action packed visit since Wednesday the  12th July, 2017, the Coppel Family left the Diocese of Karonga on Sunday, the 16th of July 2017.

Mr and Mrs Coppel were accompanied by their 2 grandchildren, 2 friends and senior representatives from the Catholic Relief Services. Mr Coppel has been a close partner of the Diocese of Karonga especially through  Lusubilo Orphan Care project  in terms of providing funding for several projects run by the organization. The Coppel were also one of the very first people who generously contributed  to the construction  of the St. Joseph the Worker Cathedral. The Coppel Family also supports the Diocese of Karonga through the Caritas and Pastoral commissions.

During their visit, Mr Coppel  Family had a number of meetings with staff and management of Lusubilo and Karonga Diocese Curia and visited a number of project interventions in Chitipa and Karonga districts.  According to Vit

umbiko Ngwira; the Deputy Director at Lusubilo;  Mr and Mrs Coppel appreciated services that Lusubilo is rendering to various vulnerable individuals and communities in the Diocese of Karonga. He also expressed his joy for the partnership that exists between the organization and his family. During one of the field visits 2 beneficiaries  shared their experience on the help that they have received from Lusubilo. Also, together with His Lordship Bishop Martin Mtumbuka, Mr Coppel officially opened the warehouse at St. Michael’s Parish on the 14th of July,2017.

The Coppel left Karonga Diocese in the morning of Sunday, 16th July, 2017.