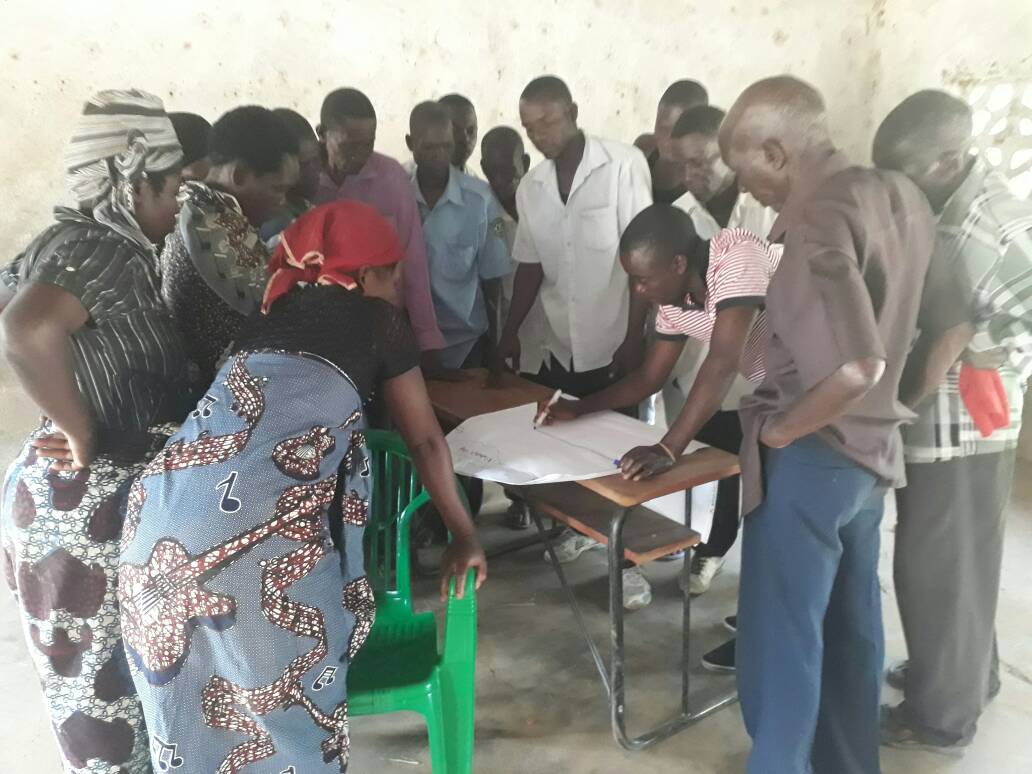 In one way of fulfilling its mandate of responding to social economic needs of the people under the jurisdiction of Karonga Diocese, the development Desk on 9th august 2017 engaged the people of Chakwela village under traditional authority Kilupula in participatory needs assessment.

In his opening remarks the head of the Development Desk Mr. Deodatus Muriya expressed the need of engaging communities in identifying the most pressing problems and suggest solutions to inform decisions in projects design that would respond to the needs of the communities.

The gathering was attended by the village head and the village members who were segregated into groups of males, females and youths to prioritize problems and suggested solutions taking into consideration of available resources within the community.

The meeting from focus group discussions established food insecurity, stable income, access to portable water, natural forestry base destruction as major problems on the radar. It was pleasing that the community was able to identify some assets within that could help solve some of the problems on the radar such assists included: land, water bodies such as; the  lakes and river, trees, skilled artisan in different fields, access to roads and good health.

In his remarks, the Project Officer for the Development Desk Mr Elijah Banda implored the communities to utilize the available resources for intended use and sustainably in order to solve the problems of food security, low household income  and limited access to portable water among others through engaging in irrigation farming, fish farming utilizing the water resource from the lake and embarking on forest management.

In his closing remarks, the representative of the village headman  for the area thanked Karonga Diocese for the initiative which he described as timely to bail out the village from the highlighted problems” our eyes are opened up now that we have many resources within us that we can use for our social economic support, we will utilize this opportunity and we ask the Diocese to continue offering technical support on this”, said the chief amid ululation from the village members.

Chakwela is one of the villages in North Karonga which have recently had cases of violent conflicts. These have retarded development activities in the village.