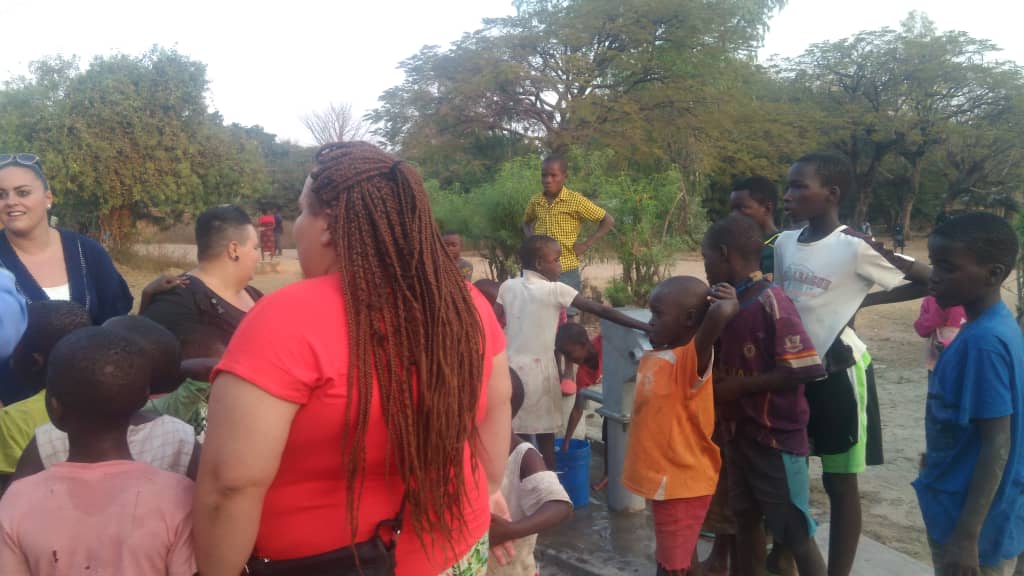 Inperson–Malawi, a group of three young women from Malta, along with the Parish Priest for St Mary’s Parish Fr. Joseph Sikwese, officially handed over a borehole to St Mary’s School for the Blind.

The event took place at St Mary’s School for the Blind campus on 16 August, 2019. The ceremony started with speeches followed by handovers as well as with a symbolic water-drawing from the borehole.

Three young women, who are graduates working with students with special needs in Malta, partnered with the Diocese of Karonga through their connection with Lusubilo Orphan Care of the Diocese. The three are Martha, Ramona and Stelvana.

In their speeches, Head teacher for the school Mr. Mathias Mwamughunda and community representative Mr. Charles Mhango, expressed their appreciation to the Diocese of Karonga for connecting St Mary’s Parish to Malta. They also expressed their gratitude to the group from Malta for their fundraising activities that have supported the project.

The school has been experiencing a number of challenges such as high cost of water, electricity bills and shortage of food. The borehole will go a long way in reducing water bills and increasing the allocation to food for the learners.

Speaking on behalf of the group, Martha expressed her contentment for the success of the project.

“It was difficult to raise funds for the project but we succeeded in the end. It is my hope that the community will take good care of the borehole so that it lasts long and serve its intended purpose,” she said.

Since its inception, St Mary’s School for the Blind has been receiving limited resources from government. The school is also in need of beds, fence and toilets.

APPOINTMENT OF THE VICAR GENERAL OF KARONGA DIOCESE