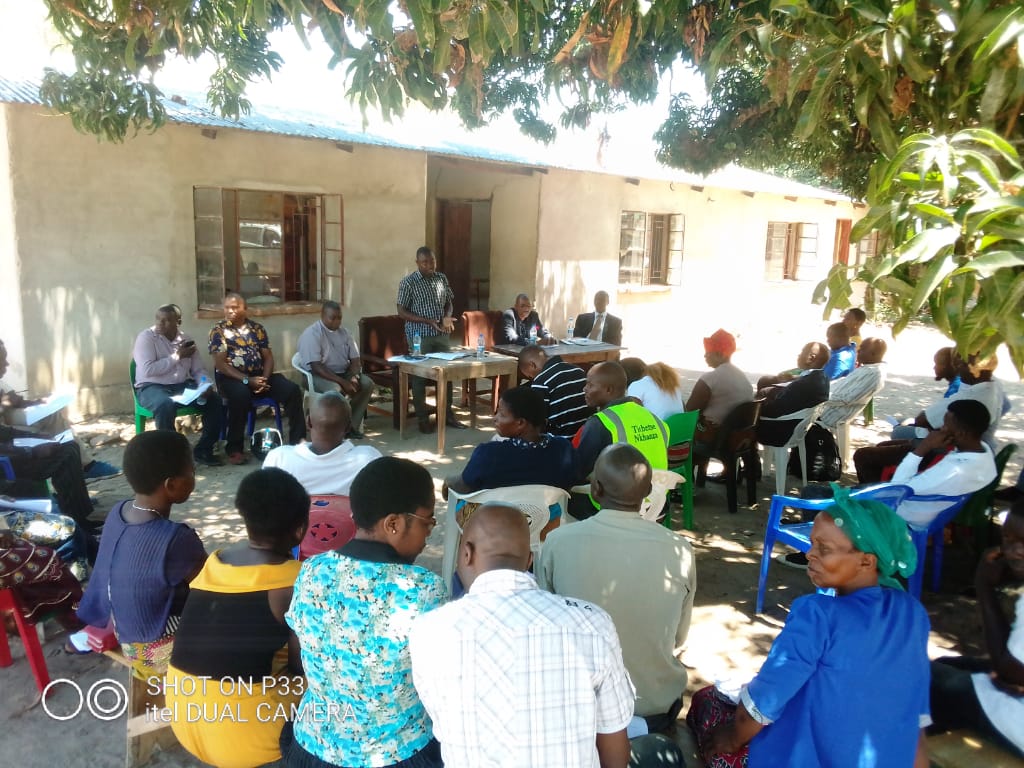 Father Bulambo (in clerical attire) and a cross section of participants

Judicial Vicar of the Diocese of Karonga, Reverend Father Doctor Steven Bulambo, says the Catholic Church, though the Justice and Peace Desk, will not relent to advocate for justice in the society by ensuring that community members equally benefit from development projects.

Father Bulambo said this on Friday during interface meeting, between Community Action Groups (CAGs), community members and their elected representatives (Members of Parliament (MPs) and Ward Councillors), on the dissemination Annual Investment Plan (AIP) at Wasambo.

“For people in the community to fully benefit from development projects, they must work in harmony, in a transparent and accountable manner, without stealing or plundering public funds,” exhorted Father Bulambo.

Speaking earlier during the meeting, former Wasambo ADC Chairperson, Barclare Gowa Nyasulu, said most projects in the area have stalled because of misallocation (diversion) of funds and politicization of development projects.

“These challenges arise because community members are not aware of how these funds ought to be utilized, because they do not know the amount of funds allocated and timeframe for completion of projects making it almost impossible to track the funds,” Said Nyasulu.

Nyasulu, pleaded with duty bearers to incorporate community members in planning and implementation of projects, so that funds should not be diverted to other projects.

In his reaction, Member of Parliament for Karonga South Constituency, Honourable Uchizi Vunda Mkandawire, assured the community members that he is ready to discharge his duties in a transparent and accountable manner while empowering Area Development Committee (ADC) to be fully responsible for development planning and implementation.

He, however, was quick to mention that transparency and accountability should not only be demanded from MPs and councilors, but it should be the duty of everyone including traditional leaders, development committees and civil society organisations and community members.

Ward Councilor for Khwawa Ward, Mokachi Katunga Chirambo commended the observation of the beneficiaries of the projects and encouraged them to be partners and actors in development and not spectators.

The interface meeting was initiated by the Justice and Peace Desk of the Diocese of Karonga under the Citizen Action in Local Government Accountability (CALGA).