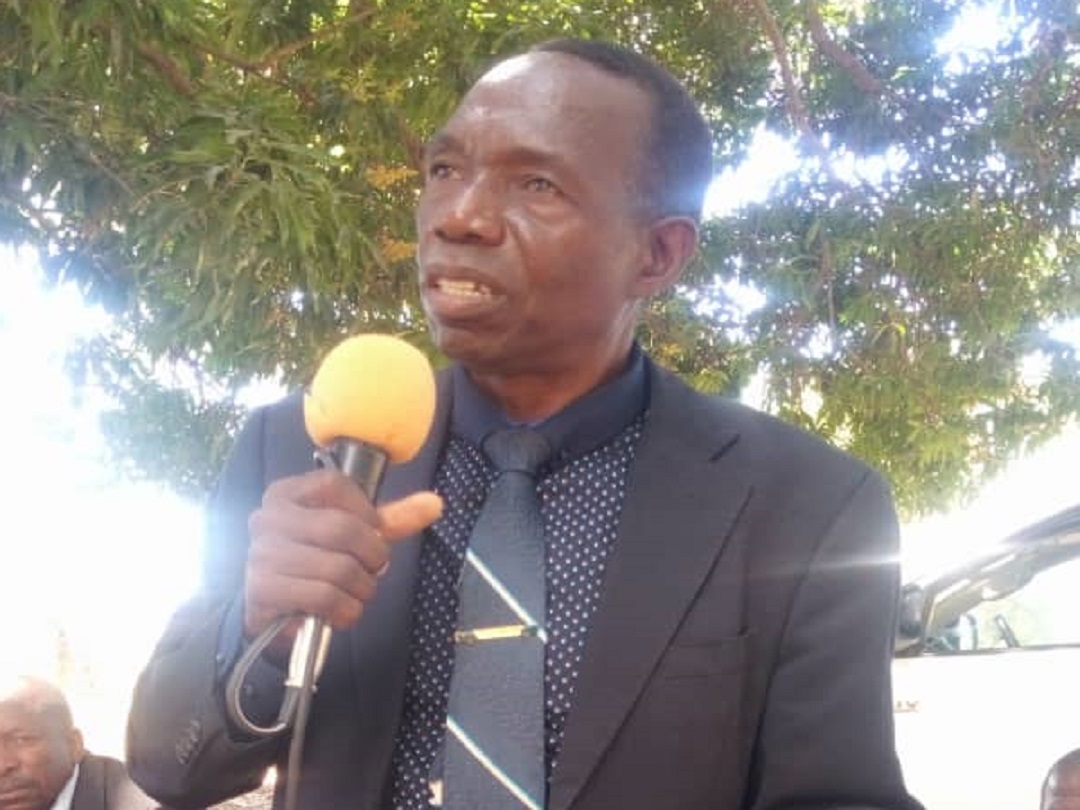 GVH Mlongoti speaking during the event

Group Village Headman Mlongoti under Traditional Authority Mwilang’ombe in Karonga District has appraised the approach taken by the Justice and Peace Desk, under HeForShe Project, as the best since it engages perpetrators of violence against women and children in championing elimination of the same.

Speaking during community awareness meeting at Vuwa in SGVH Kaswela in July 2019, Mlongoti said men, especially fishermen, are the top agents of early marriages in the area taking advantage of the financial status of families in the area.

“Many girls are enticed by money and this is the main reason we have high number of girls dropping out of school to get marries. And they easily fall prey to fishermen who go for them the moment they get money.”

“It is very good that the project encourages men and boys to champion the promotion of women’s and girls’ rights. At the moment, boys are able to defend their sisters, unlike in the past when they never wanted equal treatment between them and their sisters. Male championing is helping men realize their responsibility in ending violence against women and children,” said Mlongoti.

Commenting during the awareness meeting, SGVH Kaswela advised parents to give equal opportunities to boys and girls.

Experience has shown that parents and guardians usually do not support girls rescued from marriages forcing them to go back or contract another marriage union.

HeForShe project has created a strong working relationship among HeForShe school clubs, community groups, mother groups, chiefs, teachers and the male champion groups which has increased community responsiveness and monitoring of cases of violence and early marriages of girls in schools.

The project is being implemented in Karonga District with financial support from UN Women through ECM.