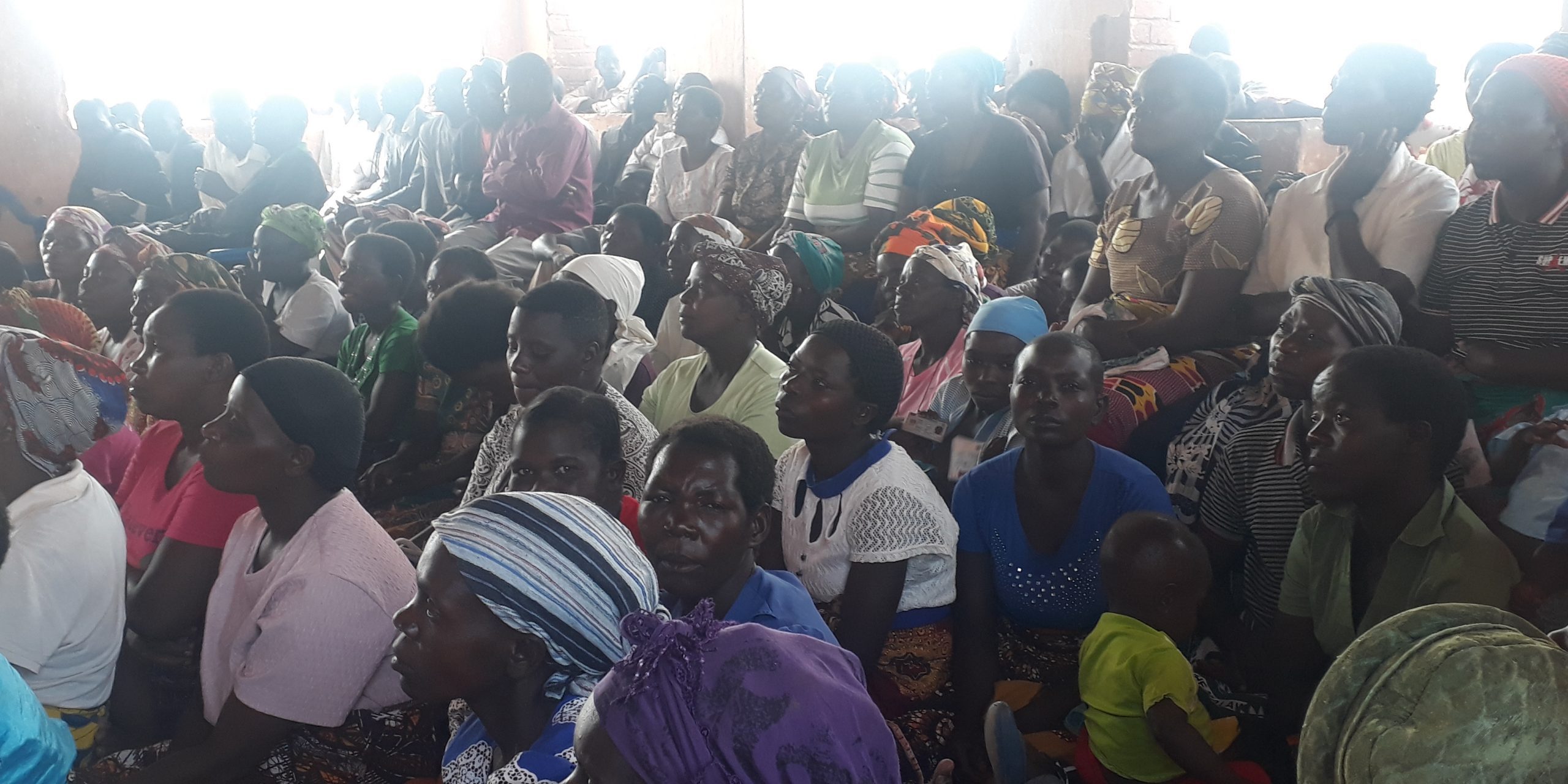 To strengthen citizen participation in health decision making processes at local level, the Justice and Peace Desk of the Diocese of Karonga facilitated the dissemination of 2018/19 Chitipa District health sector expenditure report to communities in the areas of traditional authorities Mwenemisuku, Mwenewenya and Nthalire from 16 to 18 October, 2019.

During the meetings, the DPD outlined various funds that the council receives while Willy Kanyika and Victor Chithabwa from Chitipa District Health Office explained the expenditure to the people.

In Misuku, community members complained that the health facility has taken long without being maintained; with the Labour Ward being the worst affected. The Health Service Administrator assured the gathering that the Labour Ward will be renovated soon.

In Nthalire, community members raised concerns on the delays in elevating Nthalire Health Centre to Rural Hospital. They claimed the elevation of the health facility will ensure that critical surgical operations are done as quickly as possible without referring them to Chitipa which is about 125 kilometres away.

In his response, the DPD stated that the council intends to place some officers at Nthalire, who would mirror the main officers at Chitipa District Hospital to ensure effective delivery of public health services.

Taking their turn, the members of the District Health Management Team present revealed that Press Trust has already assessed capacity of Nthalire Health Centre and will construct extra buildings to ensure expansion of the facility.

The three communities were unanimous in asking government to address the issue of drug stock out, which is being worsened by Tanzanians and Zambians who seek medical attention in their facilities. The Administrator urged the community to report to him any cases of abuse of the ambulance and cases of drug pilferage after a concern from Wenya Community.

The DPD revealed that Misuku and Nthalire have not been included in the current Constituency Water Infrastructure Fund respectively even after some processes had been initiated already including choosing of committees and sending of plans to the council. The community also lamented lack of consultation by their Members of Parliament on Water Infrastructure Projects.

The community appreciated the role Justice and Peace Desk has played in bringing duty bearers to interface with them.

This is an initiative under the, “Promotion of high quality, accountable and responsive public health service” project being implemented by the Justice and Peace Desk of the Diocese of Karonga with financial support from Open Society Initiative of Southern Africa (OSISA).

*The author is Project Officer for Osisa Health Governance Project

Justice and Peace Desk Lobbies for the Relocation of Office of DHSS to District Council Offices
October 31, 2019