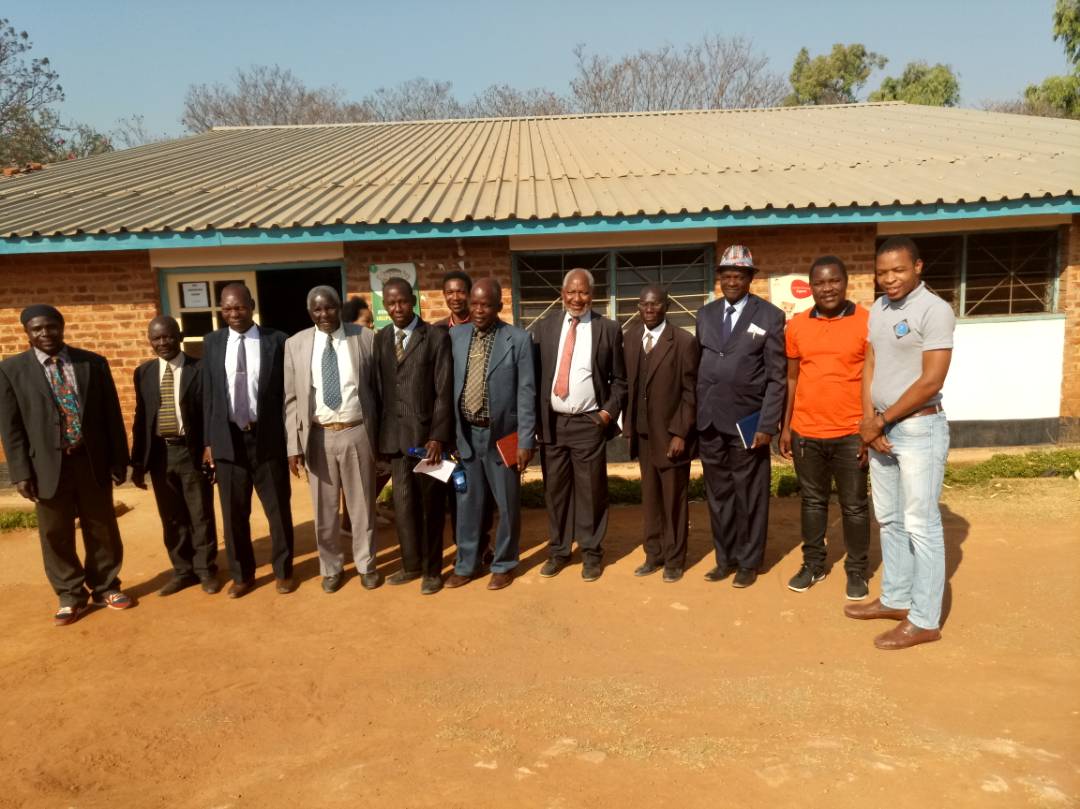 Traditional authorities of Chitipa and Karonga with CCJP Officers

Traditional Authority Kilupula said this in Chitipa District, when he represented Paramount Chief Kyungu, at the Chiefs’ Council meeting. He said that traditional leaders established the Chiefs’ Wives Association at District Council level in 2017 but is has not been bearing fruits due to long distances.

The Chiefs convened the 22nd to 23rd August, 2018 meeting to review the action plan that was made in 2017 and deliberate on new approaches in ending violence against women and children in the two districts. The meeting was held in collaboration with the Justice and Peace Desk on the UN Women funded HeforShe project. The project seeks to end violence against women and children through male engagement.

During the two-day meeting the Chief’s Council adopted the creation of Chiefs’ Wives Association at Traditional authority level to enhance advocacy and sensitization efforts to end violence at the community level. The traditional leaders also adopted the creation of Men against Violence Against Women Forums to bring into the dialogue as agents of change for gender equality by championing the fight.

Commenting during the meeting, Traditional Authority Mwenewenya settled for binding district bylaws for uniformity in approaches and effectiveness of the project in the district. The traditional leader said the current bylaws can easily be challenged in the court of law. He, therefore, he appealed to the Chief’s Council to push for the signing of Chitipa district Bylaws.

In the process of eliminating violence against women and children, Karonga Chitipa chief’s council is a forum of Traditional Authorities from Karonga and Chitipa with readership of paramount chief Kyungu as patron for the forum and champion for HeforShe project in Malawi.

The Chief’s Council was formed to facilitate the work of chiefs in ending violence against women and children; to be a mouthpiece for all chiefs and their subjects in Chitipa/ Karonga; to spearhead the fight against harmful cultural practices and to promote girl child education.

The meeting was organized by Chiefs council and Justice and Peace of Karonga Diocese on HeforShe project being implemented in the Karonga District. All Traditional Authorities from Chitipa and Karonga were represented.