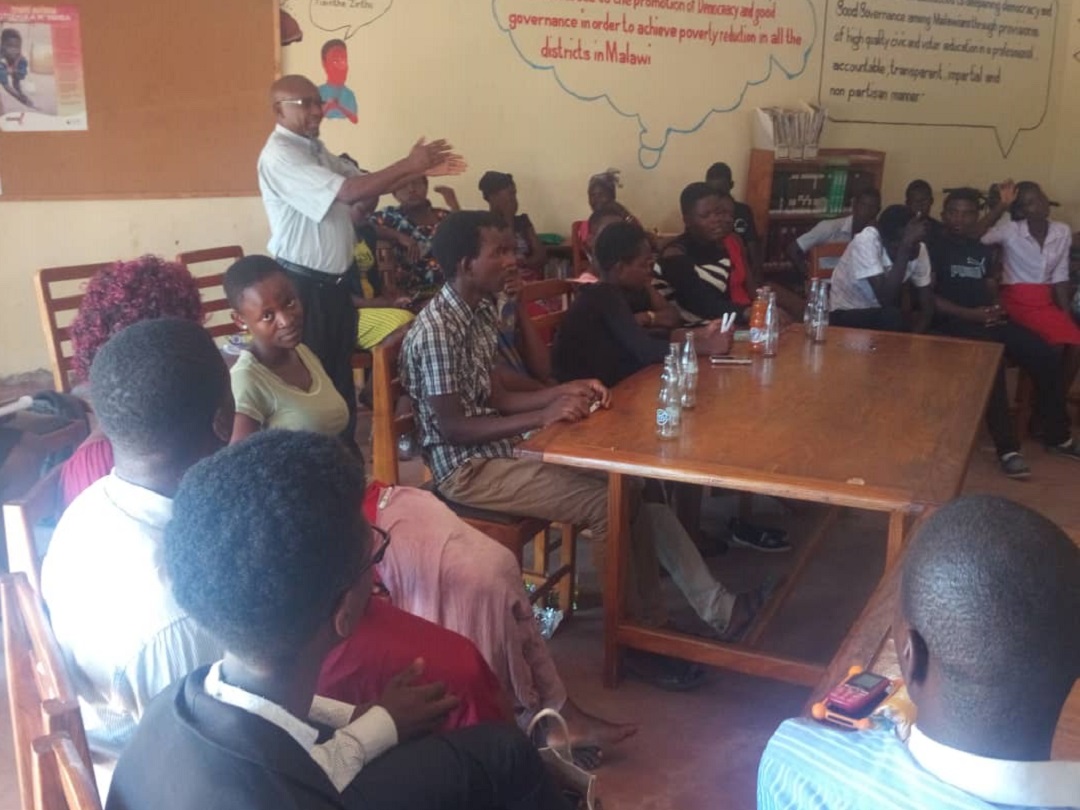 Robert Silungwe contributing during the session

Youth groups in Karonga District have asked Justice and Peace Desk under Karonga Diocese to continue encouraging women to take an active part in politics even when the election period is over.

Speaking during the interface meeting on post elections analysis, Davie Kitalu said it is so pathetic that one woman has been voted as councilor in the district despite all the effort put forward by many organizations in sensitizing the need for meaningful women representation in politics.

Kitalu says the challenge is that women manifestos were not targeting the youth therefore it was difficult for the youth to vote for these women in the just ended 2019 Tripartite Elections.

“Although the country awaits for 2024, time is now for Justice and Peace and other partners to start encouraging women to take part in politics and it is my hope that if the 50:50 campaign starts early many women may be voted as councilors and members of parliament’, said Kitalu.

Moses Mwakisalu from the Justice and peace Desk highlighted that despite the civic education and capacity building on the need for women participation in politics, culture and inadequate funds among shadow women councilors and members of parliament have contributed to the poor performance of women in Karonga District.

Mwakisalu added that most community members still undermine women that they cannot perform once voted into positions. This he said was a challenge to women as the electorate voted for men.

“We did our part but culture maintained its root. To reduce the challenge we need to change the mindset of people because it is them who vote,” explained Mwakisalu.