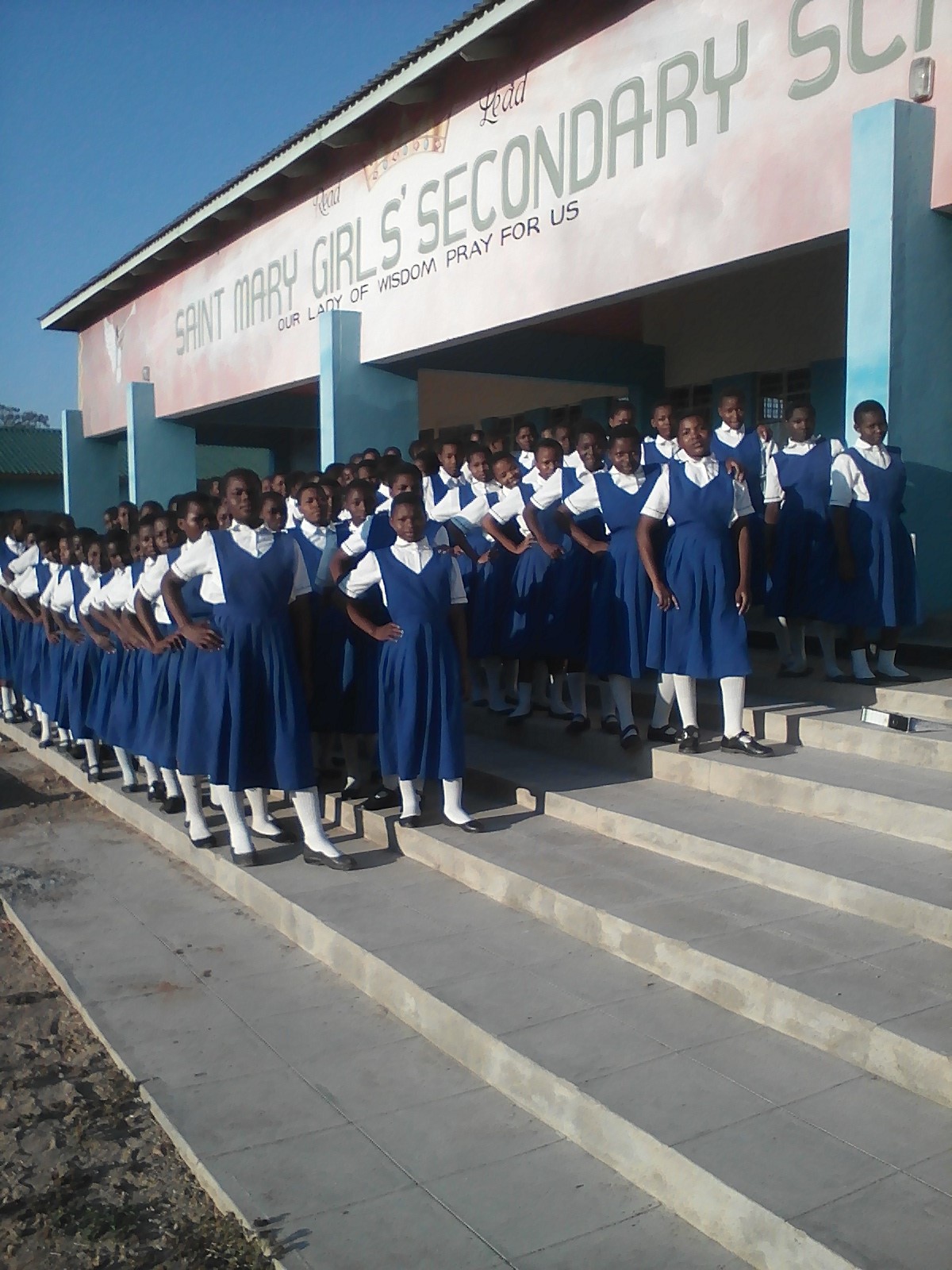 Forty-eight students of St Mary’s Karonga Girls Secondary School, who belong to a sanitation and environment club known as “Keep St Mary’s Clean Club” (KSMCC), celebrated the Republic Day marking fifty-three years of independence on 6th July, 2017 in a special way. The club, born on 6th November, 2016; advocates for zero tolerance on litter in school. It is an activity based club with an intention to train young men and women in schools to have positive attitude towards work and responsibility.

It was a bright Thursday morning with beautiful sun’s beaming reflections from the lake, when students clad in their gym-dress uniform, boarded an open lorry ready to depart for Chaminade secondary school. The unison declaration: “Our help is the name of the Lord, who made heaven and earth” One of the students said the prayer and the vehicle started off. The journey was beefed up with spiritual songs which increased a lot of excitement in students. Exactly at quarter to ten, we were at Chaminade campus. The girls were warmly welcomed by their brothers who ushered them to St Joseph Hall while the executive committee for the two clubs met to adopt the proposed program which was fully packed with activities from 10.00 a.m. with a lunch break up to 3.00 o’clock in the afternoon.

Soon after the adoption of the program, the prayer was said followed by the national anthem. The two chairpersons, Aaron Sinkhala of Keep Chaminade Clean Club (KCCC) and Tiwonge Munde of Keep St Mary’s Clean Club (KSMCC) took the responsibilities as directors of the activities on that day. The two leaders followed the activities that were on the program such as sharing of experiences, success and challenges, and the way forward for the club. It was an enriching moment as the boys first took the KSMCC around the campus to appreciate what their colleagues were doing as a club. Among other things, the KCCC showed them rubbish pits, waste buckets put in strategic points to have waste thrown in them.

At the time of sharing experiences, the girls admitted that their friends were more advanced. They appreciated their achievements and promised to emulate as soon as they came back to their school. Then came time for variety shows. The boys had short plays, songs and poetry which depicted the themes of sanitation and environment. At the very end the two clubs made a summary of what they had discussed and finally mapped a way forward for the two clubs.

During the speeches, the patron for Chaminade secondary school, Mr. Clinton Mughogho thanked Mr.Reshas Kalupande Nyondo, the founder of the two clubs for coming up with the idea of involving students in their own environment. The Acting Head teacher, Mr. Edward Luhanga said that such activities would enhance healthy environment in schools and nationwide. He urged the students to continue to grow with such a positive attitude of responsibility. The activities came to an end at five minutes to three in the afternoon with a prayer followed by the national anthem. The girls were safely driven back to St Mary’s Karonga Girls’ Secondary School.