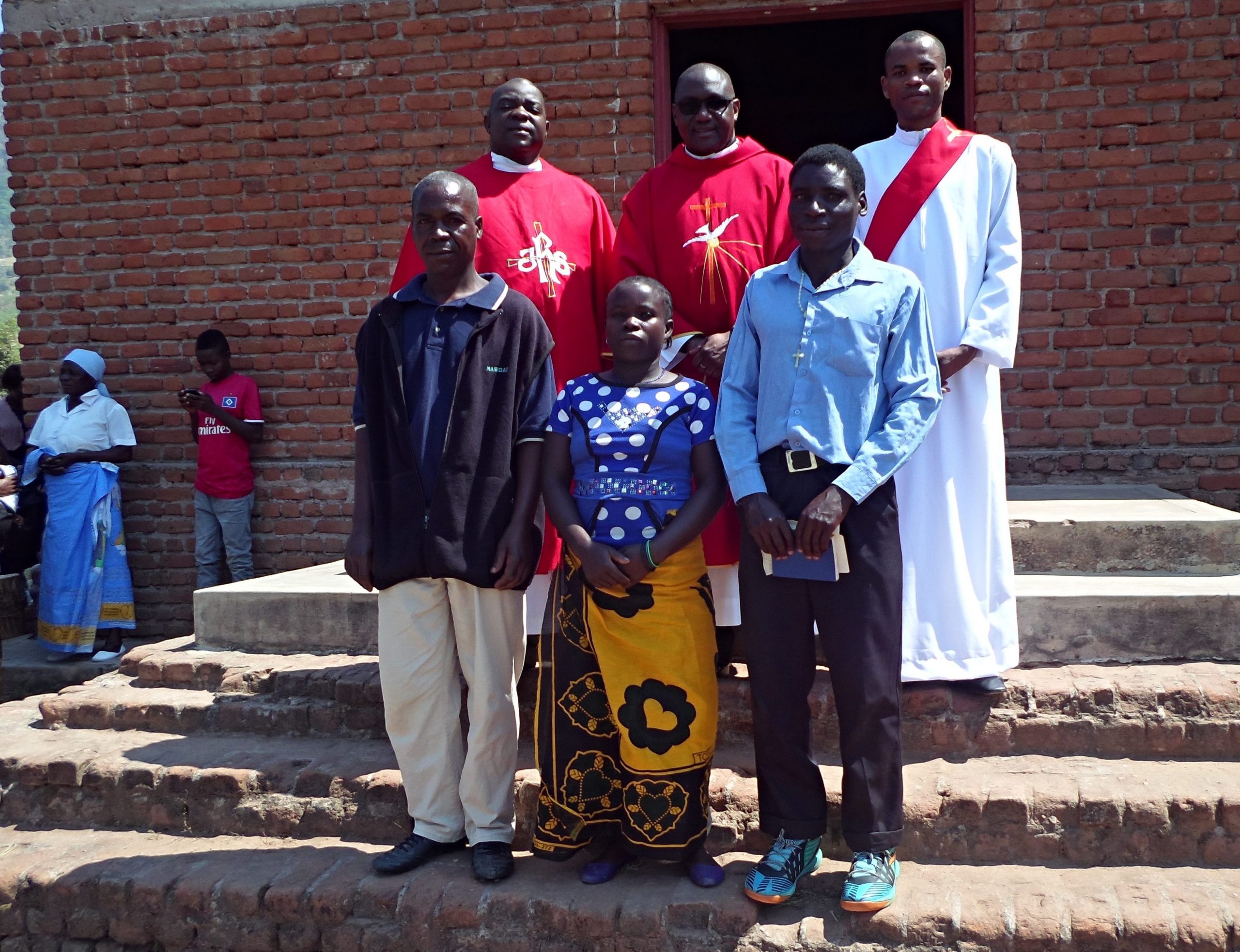 Innocent Harawa (with hymn book in his hands), Nancy Kapira (lady) and Kumbukani Nyirenda (next to Nancy) have a photo with the Vicar General (in specs behind Nancy)

On 4th August 2018, the Vicar General of the Diocese of Karonga, Monsignor Denis Chitete, confirmed 23 Christians of Livingstonia Parish at Chitimba Prayer Centre.

In 2015, Bishop Martin Anwel Mtumbuka of the Diocese of Karonga mandated some members of the Pastoral Commission to visit and evangelize selected un-evangelised areas including Chakaka. Chakaka is a very remote area to the west of the Livingstonia Escarpment in Rumphi District. It is one of the few areas that did not have any presence of the Catholic Church and have been recently evangelized in order to plant the Catholic Church there.

The three confirmed adults from Chakaka are the first fruits of such evangelisation efforts that started in 2015. They got committed from the start and have consistently followed the three year catechumenate program of adult Christian initiation until their baptism on 3rd August and confirmation of 4th August 2018.

The Vicar General, Mons. Denis Chitete, said that he was happy to see that the pastoral initiatives that started a few years ago have started bearing fruits as testified by the baptism and confirmation of adult Christians from Chakaka. He assured the three that, as native pioneers of the Catholic Church in Chakaka, the Diocese will continue to support them in all ways possible so that more people come to know and accept Christ through the Catholic faith.

The Diocese of Karonga intends to continue building a strong Christian and Catholic presence in Chakaka area through these few confirmed adult Christians.