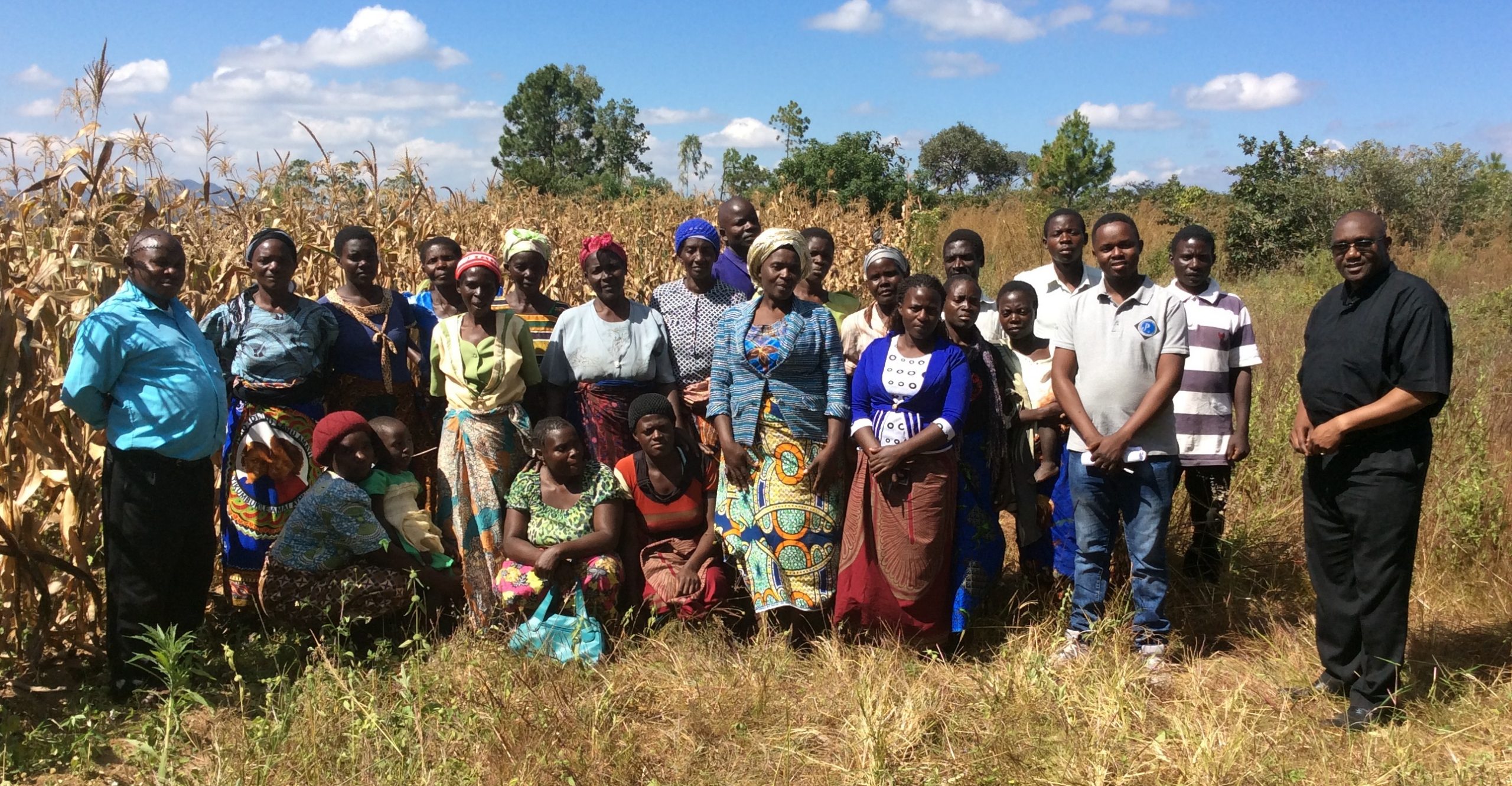 The Vicar General with members of Farmer's Group in Chisenga

The Vicar General of the Diocese of Karonga Monsignor Denis Chitete conducted a monitoring tour in the Diocese to appreciate the progress being made in the various projects being implemented by the Diocese.

The monitoring tour which started on 29th May, 2018 and ended on 1st June, 2018 saw the Vicar General visiting Caritas Commission and Finance, Investment and Administration project sites in Chitipa.

In the area of traditional authority Mwenewenya, the Monsignor Chitete visited Chisenga Clinic, which is yet to be opened. The clinic will be managed Lusubilo Orphan Care an establishment under the Diocese of Karonga. Once opened, the clinic will serve community members in the area who travel about 51 Kilometers, a journey which lasts about two hours due to poor road condition, to the District Hospital at Chitipa Boma. The clinic will offer out-patient and maternity services at its inception. The Vicar General expressed satisfaction with the progress of work being done to open the clinic.

The Vicar General also visited Chisenga Radio Listening Club under Promotion of High Quality, Accountable and Responsive Public Health Service Delivery in Karonga and Chitipa districts. The project is been funded by OSISA and is implemented by Justice and Peace Desk of Karonga Diocese. The RLCs play a crucial role in the project by taking action on health rights concerns of their communities through amplifying issues and demands through the radio.  The Vicar general encouraged the members to continue doing activities which aim at building team spirit such as Village Saving and Loans (VSL).

Still in Chisenga, Monsignor Chitete interacted with farmers’ group in Chisenga where the Integrated Rural Development Project set up demonstration plots on the use of sustainable agricultural practices in crop production and soil improvement. The technologies promoted are use of compost and liquid manure, use of leguminous crops for interplanting, use of crop mulching for improving water conservation and soil fertility and practicing crop rotation for soil improvement and pest and diseases control.

The farmers visited expressed satisfaction with the technologies as one way of improving crop production and income diversification. The demo plots act as a school for learning and farmers are encouraged to implement the technologies of their choice in their respective fields. The Vicar General encouraged the farmers to transfer what they have learnt to their own fields in order to achieve the aim of the demonstration plots.

During the same monitoring tour, the Vicar General interacted with CCJP Paralegal Volunteers who were undergoing going a two day training at Lufita. This is under the Women’s and Girls’ Rights Project which is being  supported by Misereor – Germany. The Vicar Genearal graced the closing ceremony.

The Vicar also toured the two farms where he was assured that through them the diocese will be able to generate resources for the Diocese. The Diocese through its investments section is running Misuku Coffee Farm and Chipunga Farm Limited in Nkhatabay.  At Chipunga Farm there is coffee, fruits, macadamia, timber but also vegetables.

At Misuku Coffee Farm there is coffee and bananas. Coffee from Misuku Farm passed quality assessment by German coffee experts with triple ‘A’ (AAA); meaning it qualified for German market as this is the highest rank coffee can get.