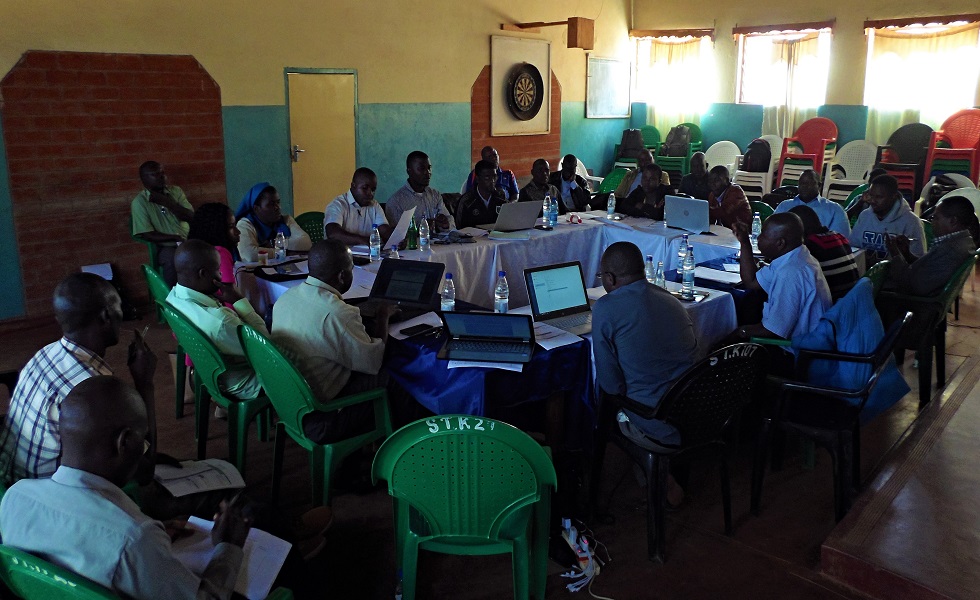 Participants during the review meeting

On 16th July 2018, the Pastoral Commission of the Diocese of Karonga conducted a review meeting on the initiatives, taken by the Diocese, towards strengthening Small Christian Communities.

The meeting took place at St Kizito Conference Centre of St Michael’s Parish in Chitipa.  The meeting, which was led by the Pastoral Secretary Fr. Joseph Sikwese and the Diocesan Monitoring and Evaluation Officer Mr. Deodatus Muriya, attracted all priests, Catechetical Methodology Advisors and members of staff working with the Pastoral Commission at Curia Offices.

According to the evidence from the participants, some of the visible fruits of the initiatives taken so far are: increased number of active SCCs; increased numbers of people attending SCC gatherings; more knowledge on a variety of ways in conducting SCC meetings and quality of SCC discussions.

However, the review meeting revealed some challenges such as low attendance of men during SCC meetings, some faithful still do not respect the geographic boundaries of their SCC. It was further noted that some still consider SCC more as fundraising gatherings rather than gatherings centred on the sharing of the Word of God or spiritual nourishment.

Members resolved, among other initiatives, to continue with faith formation to all the faithful in the Diocese on proper understanding and conduct of SCC.

This was a second review meeting since the Diocese started special initiatives on strengthening SCCs in this “Year of Our Small Christian Community”.