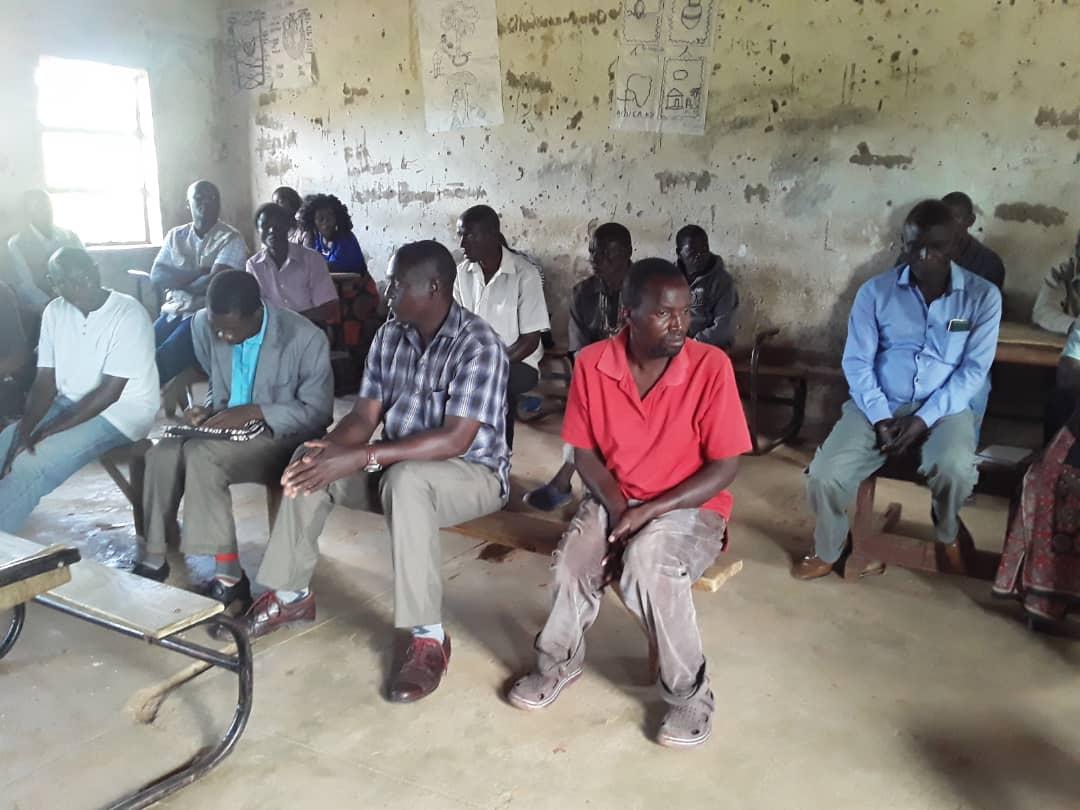 Some of the participants during PETS findings dissemination session

‘Public resources need to be well accounted for’, Mr Msukwa, the Karonga District Council Finance Committee Chairperson. This was stated in his speech during Public Expenditure Tracking (PET) dissemination for the Construction of Hara maternity wing at Chankholombe School.

the PET dissemination was organised by the Justice and Peace Desk of Karonga Diocese under the Project OSISA Health Governance. under this project, the Desk has managed to empower community members to following up on expenditures as well as projects done using resources from public funding baskets. the desk has volunteers known as the Public Expenditure Tracking (PET) Focal Team, who spearhead the tracking system and empower others. the purpose of the PET process is to ensure that there is transparency and accountability in the management of funds in the Health Sector.

Hara Maternity Wing was constructed using Community Managed Social Economic Fund. By design is the project under the fund is supposed to be managed by the community members, who receive training and technical guidance from the district councils relevant officers. However, Hara Maternity wing was constructed with no monitoring and supervision from the Council, the committees chosen did not have enough training, which affected the management of the contract with the Contractor and procurement of building materials problematic.

From the PET conducted, an amount of about MK 65,000 was misappropriated, including other already procured materials. It was also revealed by the Project Implementation team that MK 500,000 was taken forcefully by the contractor.

On way forward it was recommended that there should be New Project Management team to continue the project when funds are mobilized, the one present was doubled as the Health Center Management Committee and Project Implementation Team. so the project lacked local oversight and monitoring.