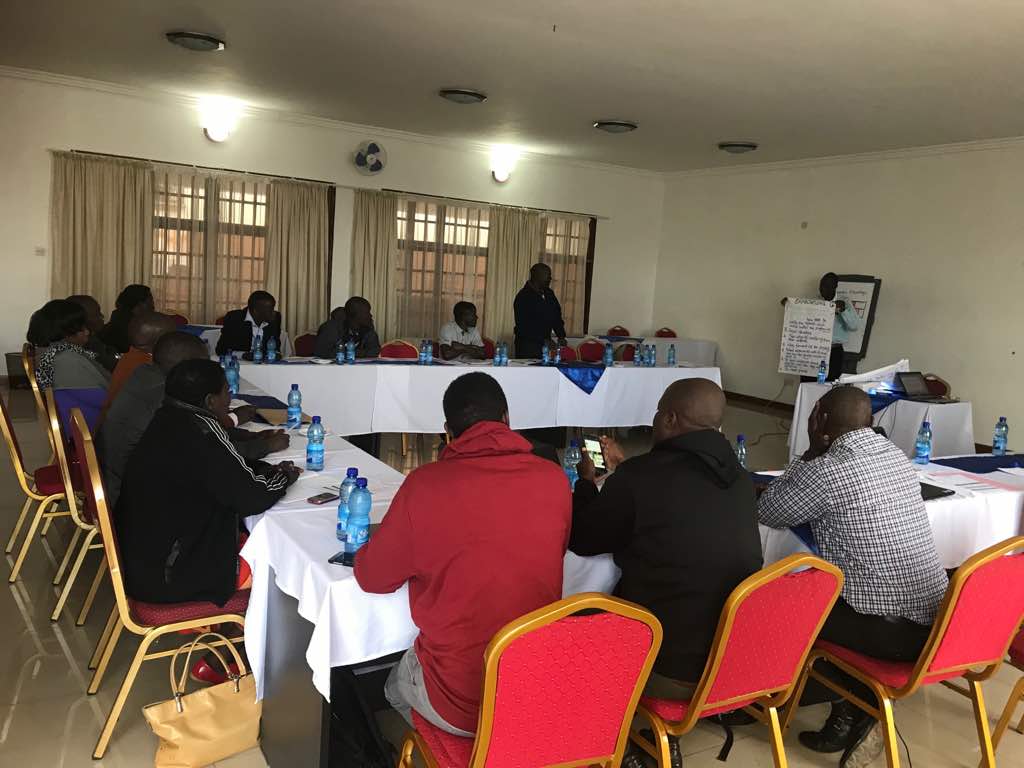 A cross-section of participants during the meeting

The Managing Agency for Primary Justice Programme, Lilongwe Archdiocese, organized capacity building workshop for the Northern Region implementing partners from the 12th to 13th of June, 2018 at Illala Crest Lodge in Mzuzu.

According to Monitoring and Evaluation Officer for Catholic Commission for Justice and Peace of  Lilongwe Archdiocese, Mr Enock Kamundi said the training aimed at addressing the gaps identified in the due diligence assessment report which showed that District Implementing Agencies were not following the guidelines which were provided when implementing the project.  He expressed optimism that will see the impact of the training be reflected in the next implementation quarter.

Among the partners which attended the workshop were Karonga Diocese Justice and Peace Desk, Mzuzu Diocese CCJP, Social Welfare Departments for the following district councils; Chitipa, Rumphi, Nkhatabay, and Anglican Diocese of Lake Malawi which is implementing the project in Likoma.

The Justice and Peace Desk of Karonga Diocese was represented by Monitoring and Evaluation Officer Mr Deodatus Muriya who also implements the Primary Justice Project in Karonga District.

The general impression of the participants was that the training was enlightening in various aspects such as reporting on value for money section in the report, effective project monitoring and effective awareness raising.

The Primary Justice Programme aims at reducing violence against women and children with financial assistance from Department for International Development (DFID). The project is being implemented countrywide.

Justice and Peace Desk Empowers Women to Defend Their Rights