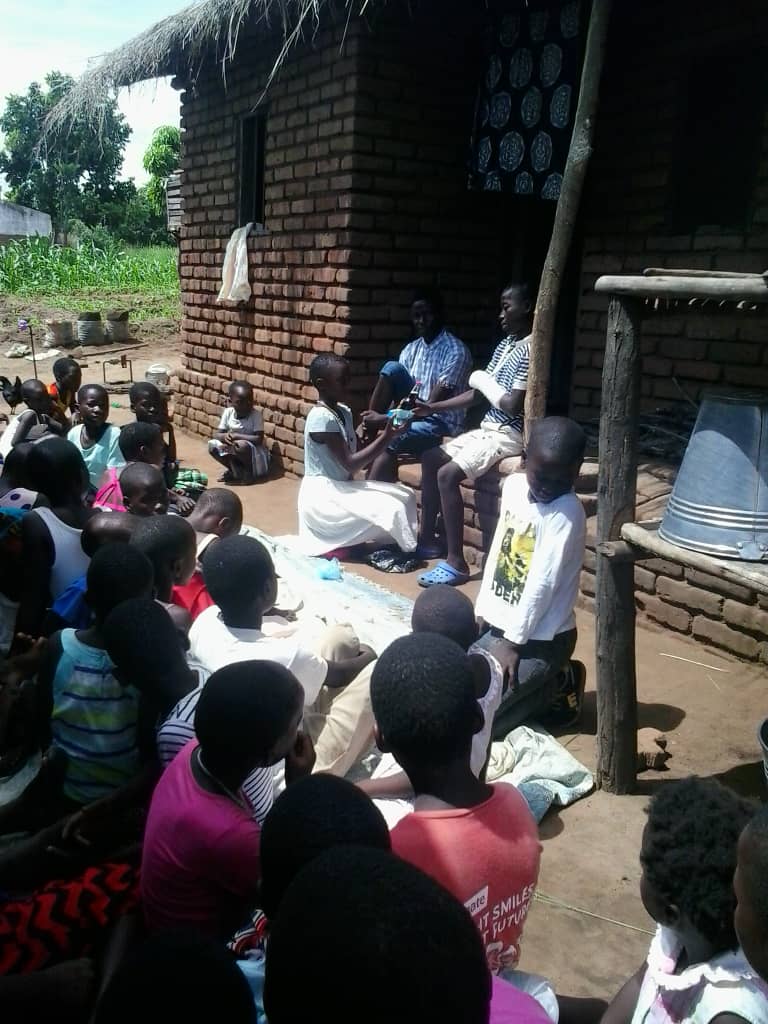 Get well soon: A representative of the Sunday school children presenting something to Misheck

On 20th January, 2019, Junior Sunday School (JSS) children of St Anne’s Parish visited their two colleagues, Patrick Phiri a Standard Four learner who was down with malaria and Misheck Mwaungulu, a Standard Five learner, who sustained a fracture on the left arm. Both are learners at St Anne’s Primary School.

In his explanation regarding his fracture, Misheck indicated that he stumbled and fell down on the ground as he was going back home from school.

One impressing thing was that when these children reached the home of each of these two patients, one of them opened with a word of prayer and give some introductory remarks to which the patient would respond by narrating his condition. This followed presentation of a bottle of soft drink and biscuits bought from their own contributions.

Thereafter, a prayer was offered by one of them and they could depart from the home with smiles on their faces after cheering. The patients, in each case, were full of joy also as they felt liberated from the burden of loneliness in their respective homes.

Sunday School Project: A Step Towards a Strong Future Church