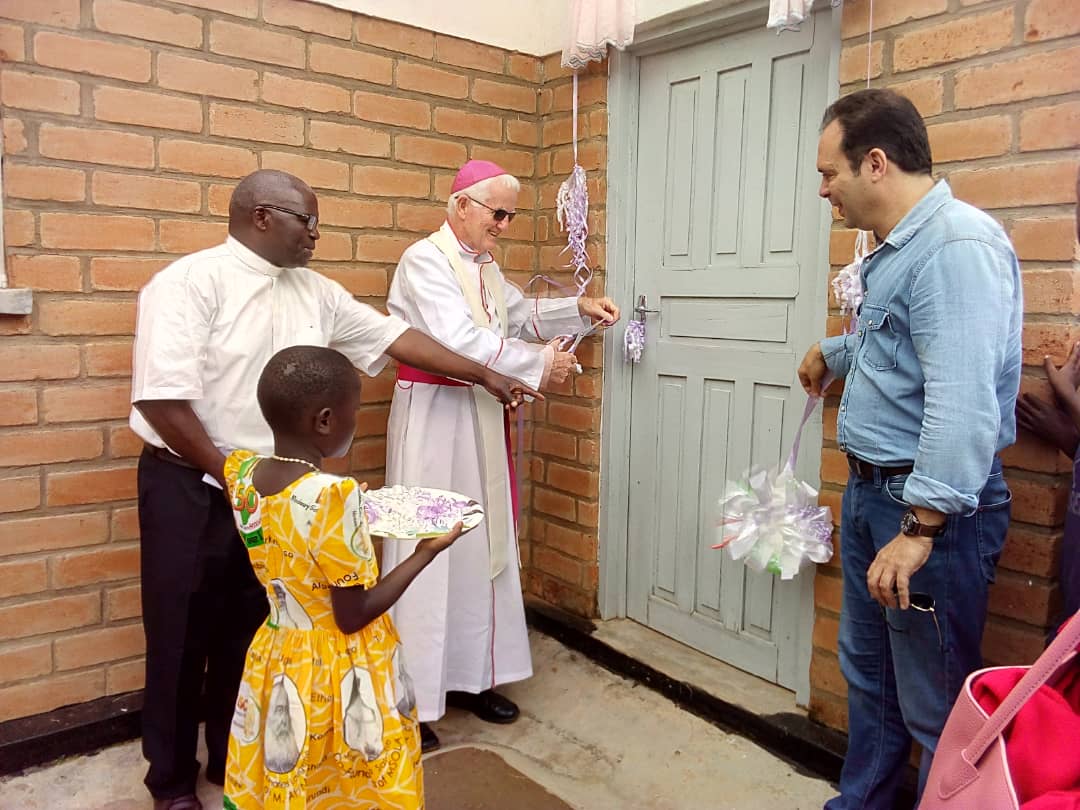 On Saturday, 4 May 2019 a new page in the health chapter of the history of Chisenga and surrounding areas was opened. The Diocese of Karonga wrote the first lines on this page by officially opening St. Clara Health Centre which has been constructed with the help of St. Jeanne Antide Foundation from Malta.

The Clinic, which is to serve a catchment area of about sixteen thousand locals, was officially opened by Rt. Rev. John Alphonsus Ryan, the Bishop of the Diocese of Mzuzu and the Bishop Chair of Health Commission in the Episcopal Conference of Malawi.

In his remarks, after the Eucharist he presided over after opening the clinic, Bishop Ryan implored the community to take care of the facility for it will benefit them a lot. He further advised the chiefs to see to it that expectant mothers are encouraged to have their deliveries at the facility to reduce maternal deaths.

Speaking on behalf of Traditional Authority Mwene Wenya of the area, Group Village Headman Kayilizi commended the Catholic Church for the initiative as it will help the community to access health services with ease.

District Commissioner of Chitipa District, Mr. Humphreys Gondwe, urged the community to take good care of the clinic as it is one of the structures that will attract the Government to consider Chisenga with more infrastructural developments.

He further advised the Area Development Committee to consider concentrating on Chisenga when contributing to the District Development Plan initiatives. He asked the Catholic Church to expedite the Service Level Agreement with the Government in order to help the clinic access government services.

Also present at the function was Mr. Darren Formsa, St. Jeanne Antide Foundation representative from the country of Malta who, in his sentiments, expressed joy to see the clinic which has brought smiles on the Chisenga Community.

Chisenga is at the foot of Mafinga Hills about 45km from Chitipa District Hospital.

The Ceremony in Pictures