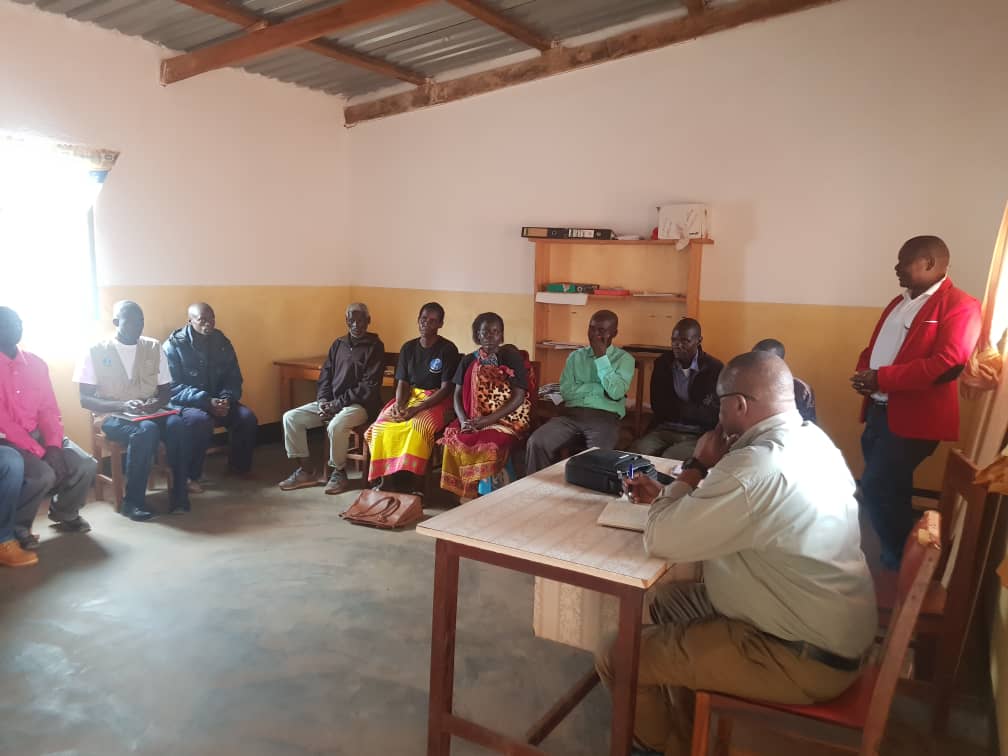 The Vicar General of the Diocese of Karonga Mons Denis Chitete has conducted a monitoring tour of some development projects being implemented by the Social Development arm, Caritas Commission, of the Diocese in the Chitipa District. The monitoring has taken place from 17th to 18th October, 2019.

During the tour, the Vicar General has monitored activities being implemented by the Justice and Peace Desk in the area of Traditional Authority Mwenemisuku, namely; Safeguarding the Rights of Women and Children, Citizen Action in Local Governance Accountability (CALGA), and Promotion of High Quality, Accountable and Responsive Public Health Service Delivery.

He has also expressed satisfaction with the way in which the committee is integrated into the Church structures at all levels. He has since urged the Justice and Peace Desk volunteers and Radio Listening Clubs to fully utilize Tuntufye FM Radio as it is a powerful advocacy tool.

During the same tour, the Vicar General has had time to interact with farmers’ group Kapenda, under Traditional Authority Kameme, where the Integrated Rural Development Project set up irrigation demonstration plot on use of sustainable agricultural practices in crop production and soil improvement.

The technologies being promoted are; the use of compost and liquid manure, use of leguminous crops for interplanting, use of crop mulching to improve soil fertility and practicing crop rotation for soil improvement and pest and disease control.

Farmers visited are satisfied with the technologies as one way of improving crop production and income diversification. The irrigation demo plots act as a school for learning and farmers are encouraged to implement the technologies of their choice in their respective fields.

The Vicar General has urged the farmers to practice what they learn in their own fields in order to achieve the aim of the demonstration plots. The Vicar General has also encouraged members to continue working on team building activities such as Village Saving and Loans (VSLs).

While in Kapenda, the Vicar General has also interacted with young people who are beneficiaries of the vocational skills development project, some of whom are already earning income using the skills they acquired like carpentry, bricklaying and tailoring.