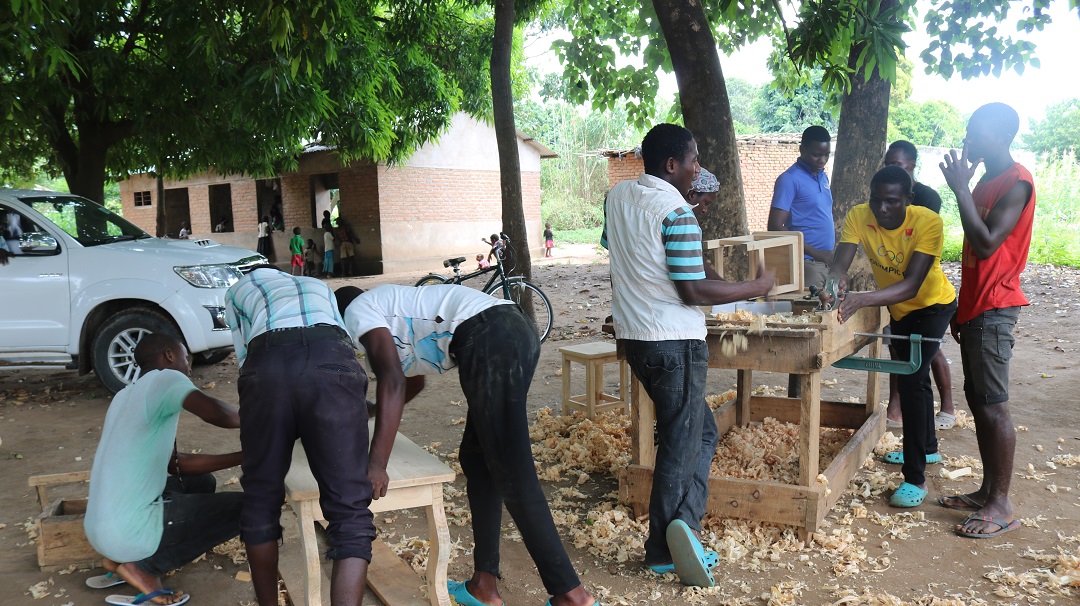 Young people benefitting from the vocational skills development project under the Education Desk have commended the programme for transforming their lives.

This has been revealed during the monitoring visits to the project implementation sites of Mwenelondo, Mpata, Mwanjabala, Pusi in Karonga and Chiweta in Rumphi by the Education Desk Officer, Mr Remmie Kamanga.

Speaking at Mwenilondo, president for the youth, Philip Mwangolera said since they started learning, their lives have changed for the better as the training have kept them from indulging in violence and other malpractices. He said their areas are enjoying a greater deal of peace and calm as the youth are kept busy.

“The assurance that we will have something to do to earn a living is enough to keep us away from violent behavior. Since the commencement of the project, we have acquired various skills.” said Mwangolera.

On the other hand, the president for the trainers Lewis Malema said that the project is giving positive results on the ground and the youths are eager to learn.

“There is some life adjustment from the youths since we began and they are catching up so well which is encouraging us trainers to work hard,” explained the president.

It has since been revealed that there is more commitment and cooperation among the trainers and the trainees.

Commenting on the progress of the project, Mr Kamanga said the dedication of the youth to the training is very impressive as witnessed by the mastery of skills manifested in the things they are able to do.

Kamanga attributed the success of the project to the collaboration of various stakeholders who were drawn into the project as well as the commitment of the beneficiaries of the project who are taking the training as a springboard to push them towards self-reliance.

“Our project is progressing well since we used a better approach where we involved TEVETA (Technical Entrepreneurial and Vocational Education Authority) who guided on how to implement this project. The interface we had with the parties proved to be helpful to the group since we prepared them psychologically before the actual training,” said Kamanga.

The vocational skills project was hatched as one way of responding to violent conflicts in the selected areas perpetrated by young people also because of unemployment.