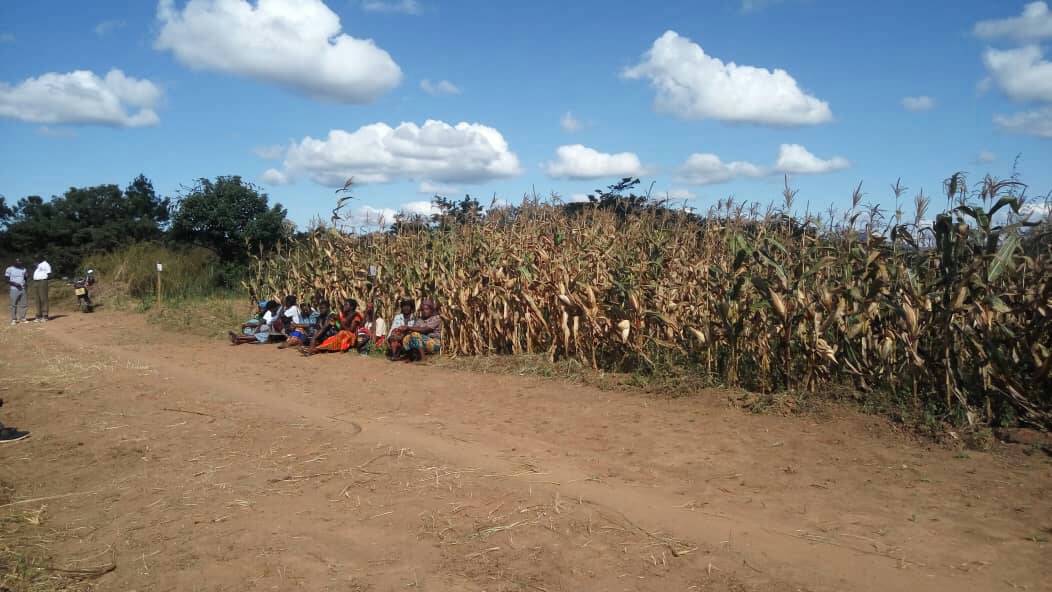 The project is being implemented in four traditional authorities namely, Mwenewenya, Mwenemisuku, and Mwabulambiya in Chitipa and Kyungu in Karonga District. The use of sustainable agricultural practices is helping increase resilience of small scale farmers against the impact of climate change. The technologies promoted are the use of compost and liquid manure, use of mulching for water conservation and soil improvement, pit planting, use of leguminous plants for inter cropping and crop rotation.

According to what the small scale farmers observed in the demonstration plots, the use of sustainable agricultural practices can help improve yields and therefore crop production. The plots which were applied with manure and planting was done in pits did very well even if the rains were not adequate as they were punctuated by dry spells.

Small scale farmers also observed that the use of sustainable agricultural practices, e.g. manure, reduce the cost of production as less fertilizers were applied but still the maize plots did well in terms of yields. Most of the small farmers have promised to practice three or more technologies promoted by the project on at least a quarter acre during the next growing season.

In his remarks after visiting Takondwa club in Chisenga, the District Crops Officer, L. Mziza, expressed happiness with the performance of all the stands in demonstration plots. He was very much encouraged with the way the maize stand applied with manure and planted in pits performed. He reiterated the fact that the use of manure in maize production, and also in other crops, can reduce the production cost as farmers can apply less amount or no fertilizers at all.

“Farmers can get more profit from maize through use of manure since fertilizer is expensive apart from improving the soil which has lost vital nutrients,” He said.

Speaking on behalf of the farmers gathered at the demonstration site, one of the lead farmers, Lucy Sichali thanked the Development Desk of the Diocese of Karonga for the project which she said is timely to address the critical problem of under production of the staple food. She encouraged fellow farmers to put into practice the technologies promoted on a large scale in their respective fields.  Karonga and Chitipa Integrated Rural Development Project is a three year project (2017-2020) funded by MISEREOR to the tune of MK 285 million.