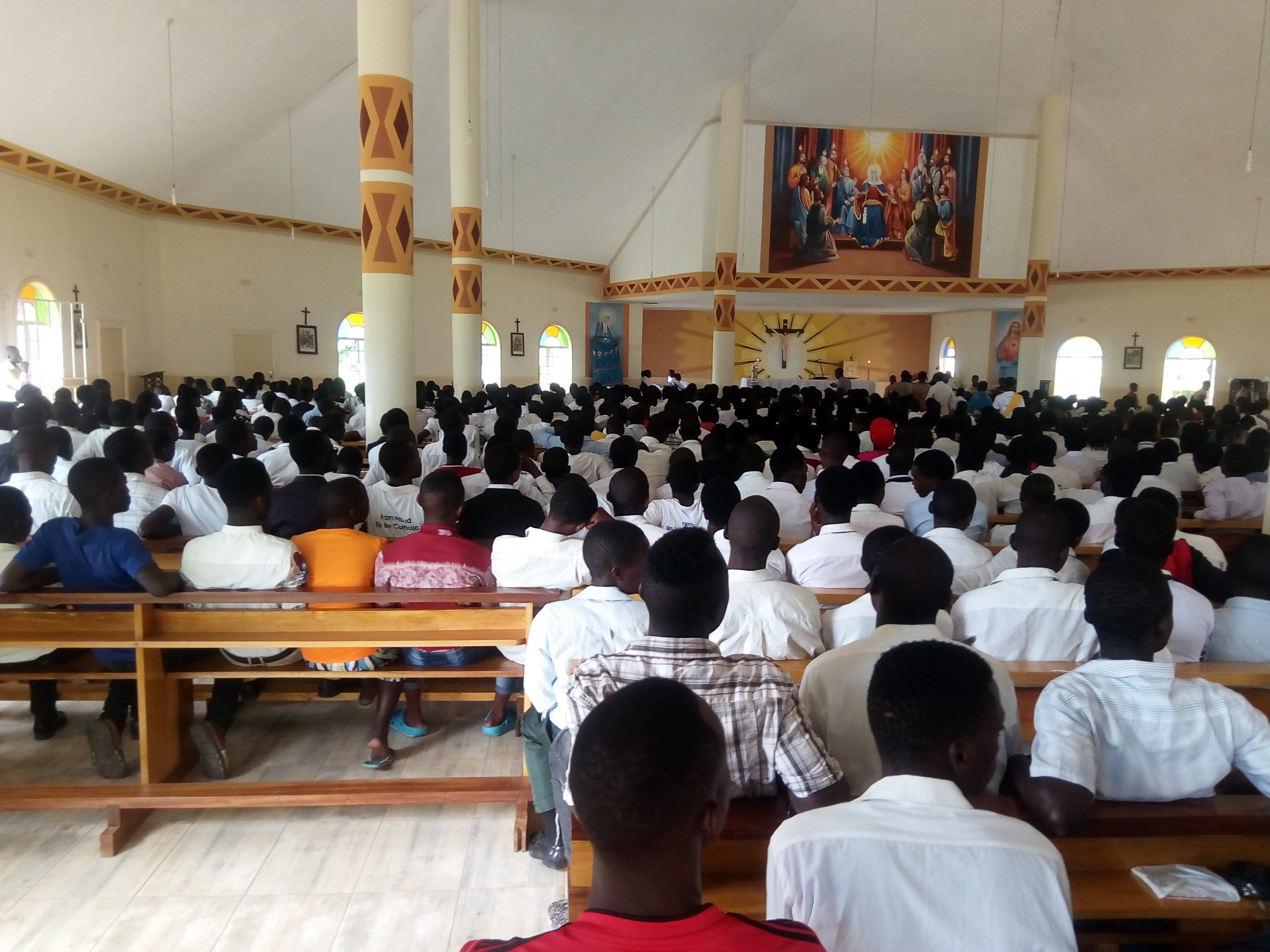 The Youth made the majority of the congregation during Mass

The main aim of this event was to gather large numbers of the youth from the two parish centres and give them some instructions in line with Vocations and Mission.

They gathered at the Cathedral on Friday evening, attended several presentations on Saturday and climaxed with Mass on Sunday.

412 youth from the two parish centres attended the Saturday presentations which included the following areas: Missio Ad Gentes, Peacebuilding by the Youth, Vocations, Youth Stage on Stages of Human Development.

On Sunday over 500 youths attended the Mass which was presided over by the Vicar General, Monsignor Denis Chitete; concelebrated with Fr. Mathews Simwera, the PMS Director.

In his homily, the Vicar General implored the youth to take up the example of Jesus the Good Shepherd and make it their habit to seriously get in touch with him on every serious decision in their lives.

He also challenged them to maintain commitment in their respective prayer centres rather than just showing commitment when they are called for bigger gatherings at Parish or Diocesan levels.

This year, the youth in the Diocese are expected to hold a Diocesan Rally from 28-31 August at Chaminade Secondary School within St Joseph the Worker Parish.